In the late 19th century, railways were seen as a cure for the deep depression affecting agriculture and rural communities. The Government of the day introduced the Light Railways Act, which was intended to allow new lines to be promoted, constructed and operated much more quickly and cheaply than had previously been possible.

The great majority of railway lines in Britain were built in the middle of the 19th century. Each of them required their own Act of Parliament, which was very expensive and time-consuming, and of course might fail to get approval. By the end of the century, building new railways had practically ceased, but there were still some parts of the country which were many miles from the nearest station. Rural areas especially were suffering from a downturn in agriculture, and many people believed that new railways would make it easier to transport goods and hence stimulate local economies. So in 1896 the Government passed the Light Railways Act.

This Act allowed local people to promote railway lines in areas where the existing railway companies were not interested. In particular: 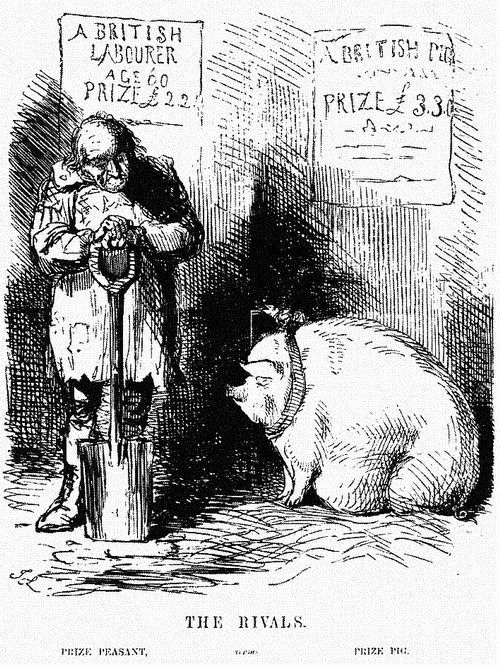 A Victorian cartoon illustrating the poverty of rural labourers, suggesting that farmers considered them to be less valuable than their livestock. 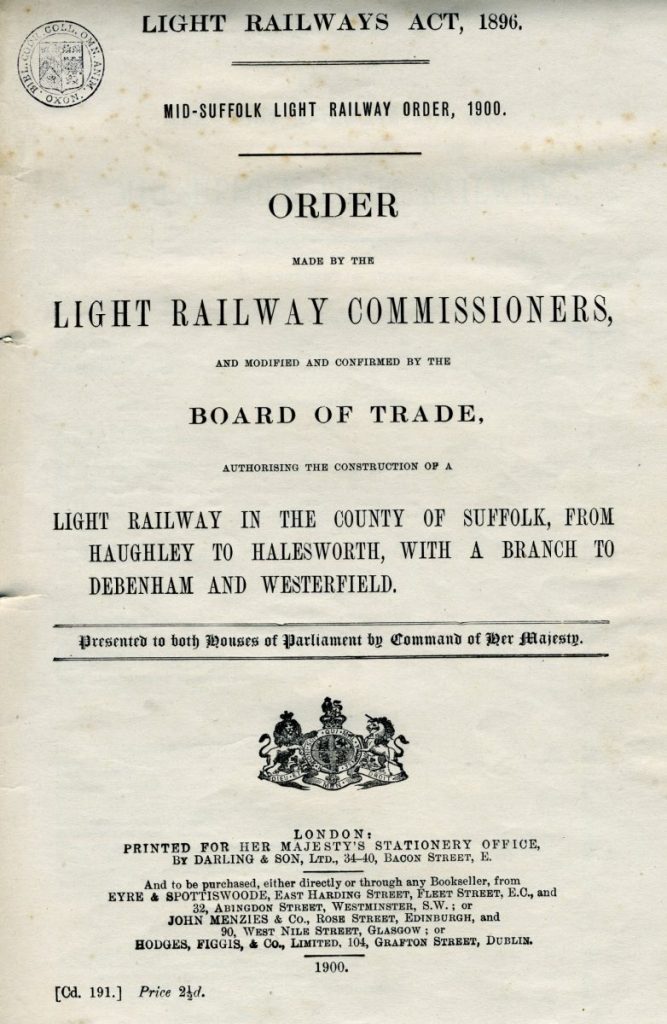 The first page of the Order authorising construction of the Mid-Suffolk Light Railway.

Results of the Light Railways Act

The Mid-Suffolk Light Railway was one of the lines built under the terms of the Act. Altogether there were applications for more than 5,000 miles of light railway, some 2,100 miles were authorised but only 900 were built. Many of those built were urban tramways which was not the intention of the Act.

Overall it has to be said that the Act was not a great success. The Board of Trade which regulated railways was reluctant to relax traditional standards, so costs were often unnecessarily high. Most of the independently-promoted light railways – like the MSLR – were soon in financial difficulty and facing increasing competition from road transport. Some lines closed, while others were absorbed by neighbouring mainline companies, like the MSLR which was taken over by the London & North Eastern Railway in 1924.

A fascinating group of 13 light railways came under the control of Colonel H.F. Stephens, including the Kent & East Sussex and Ffestiniog Railways. Stephens had no connection with the MSLR, but the rustic charm we try to recreate here at the Museum is typical of many of the lines he managed. 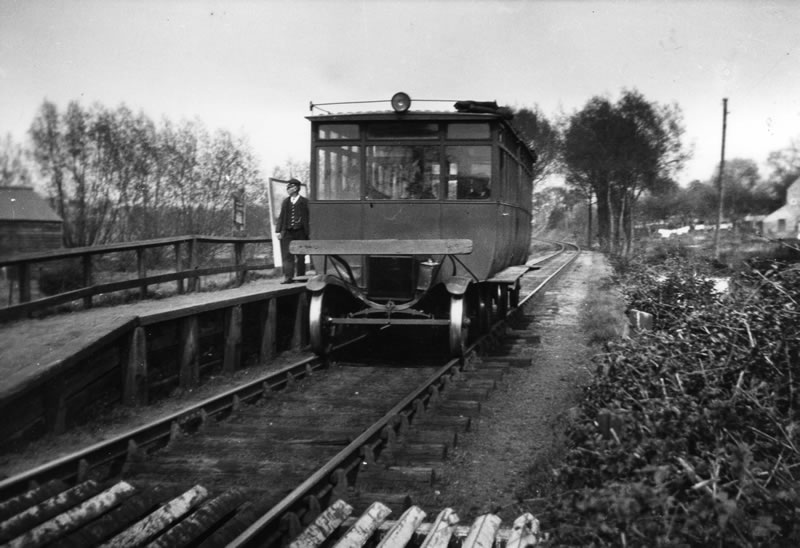 The Light Railways Act enjoyed something of a renaissance with the advent of the railway preservation movement, as it was used to authorise the operation of heritage lines. It has now been superseded by orders made under the Transport & Works Act 1992.

In the late Victorian period (like now!), mid-Suffolk was poorly connected to the national railway network. The main lines from Ipswich to Norwich and Ipswich to Lowestoft & Yarmouth passed to the west and east of the area respectively, but only short branch lines to Eye and Framlingham penetrated its rural depths. 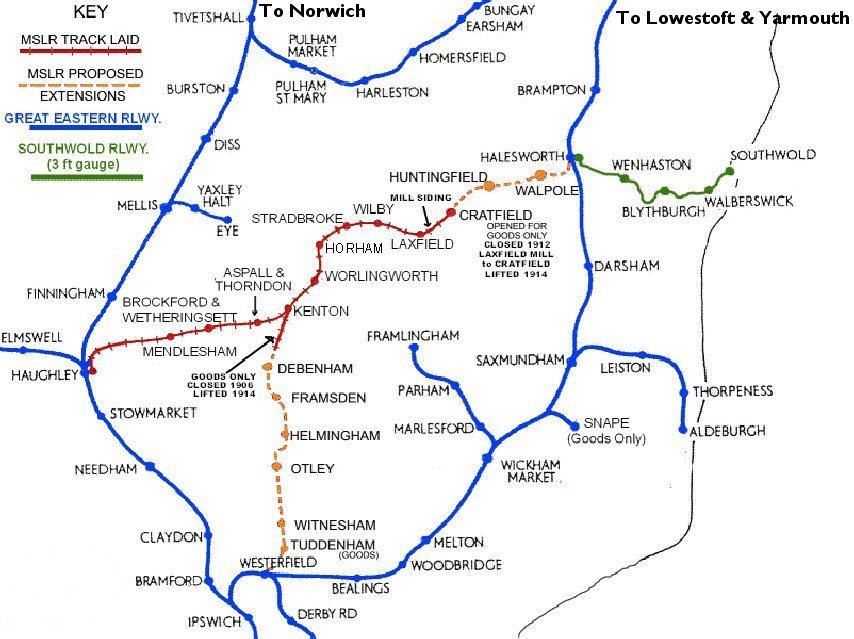 Railway lines in mid-Suffolk, including the proposed and actual routes of the MSLR.

Communities across mid-Suffolk were calling for railways to be built to boost agriculture and relieve poverty. However, the Great Eastern Railway, which dominated East Anglia, was not the most prosperous organisation and could not justify the expenditure. So following the passing of the Light Railways Act, local community leaders began to develop their own railway scheme. The plan for the Mid-Suffolk Light Railway was to provide a link between the two Great Eastern main lines, from Haughley to Halesworth, with an additional line running south from Kenton to Westerfield.

The MSLR Company was formed to promote, build and operate the line, with local men prominent on the Board of Directors including at various times:
F.S. Stevenson, Woodbridge (MP for Eye)
The Earl of Stradbroke, Henham Hall
J.B. Chevallier, Aspall Hall
F. Remnant, Halesworth
J.D. Cobbold, Ipswich

In April 1900 the Company was granted its Light Railway Order, authorising them to raise money and begin construction. 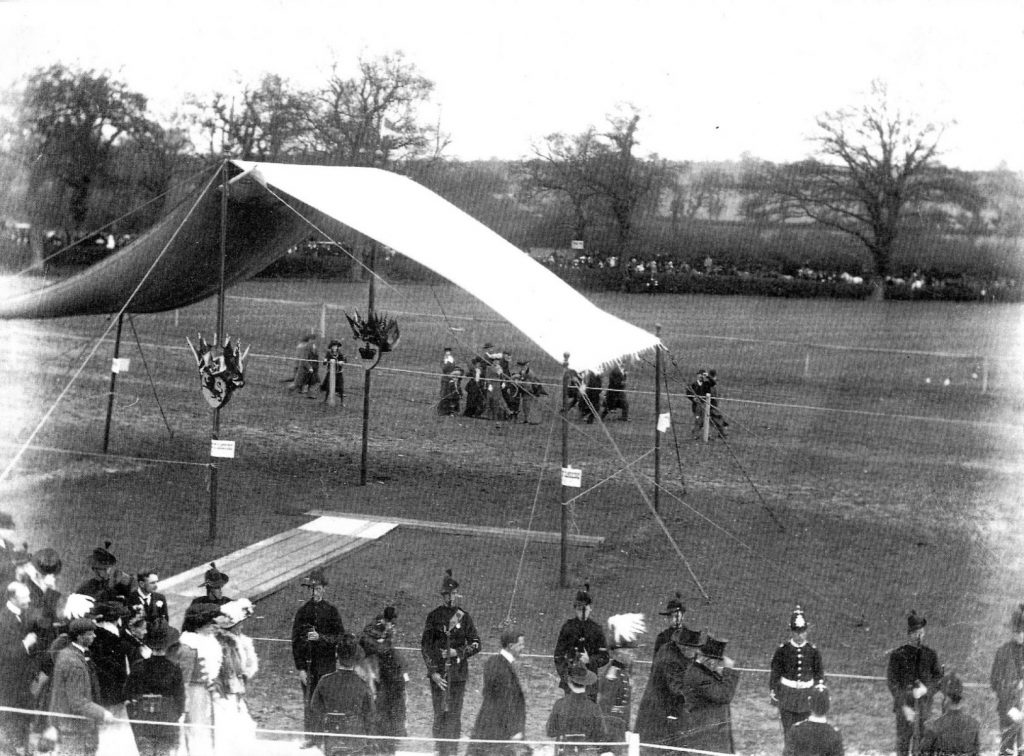 The MSLR held a grand ceremony for cutting the first sod at Westerfield on May 3rd 1902. Afterwards, the guests (including the Duke of Cambridge in the white-feathered hat) passed through a guard of honour. Ironically the MSLR was never to reach as far as Westerfield. © Suffolk Record Office.
Menu