Although designed by the North Eastern Railway, no.985 entered service too late to ever carry an NER number. The class were introduced in 1888 for dock shunting and building continued until 1923 when this locomotive started work. No.985 spent the first 16 years of its life working in Hull docks and then transferred to Tyneside in 1939. From 1942 it worked on The North Sunderland Railway, hence its genuine light railway pedigree. Renumbered 8088 in 1946, in 1948 it was transferred to Stratford Works as the Carriage Works shunter becoming 68088 at nationalisation. Sold in 1952 it worked at the NCB’s Bentinck Colliery until purchased for private preservation in 1964.

No. 985 first appeared at Brockford in 2016 and was an immediate hit, especially with photographers, as being the only main line company locomotive in regular service on the Middy since 1952. 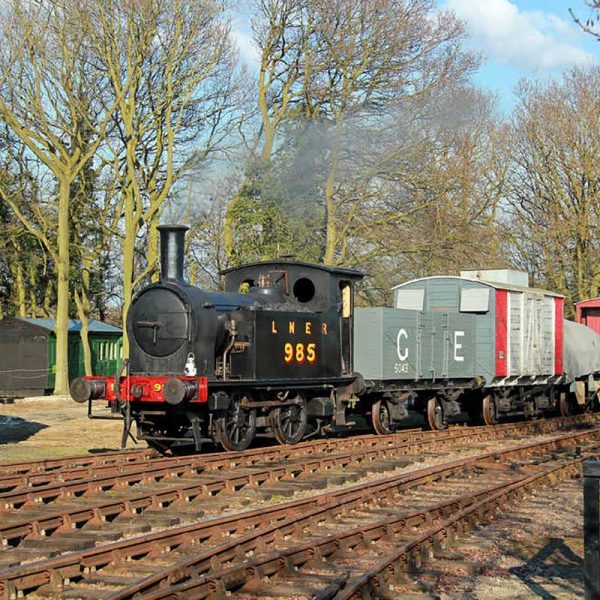 The Y7 on a demonstration freight 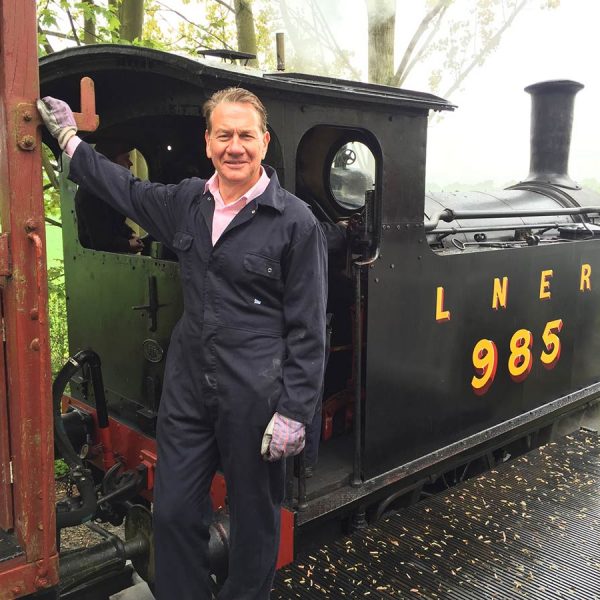 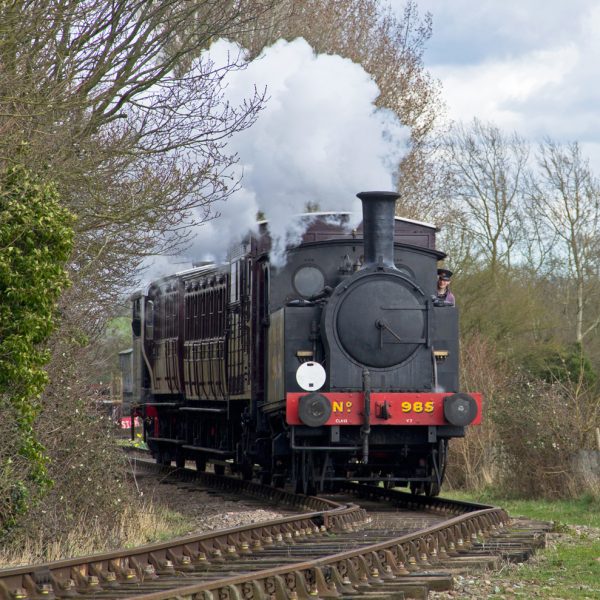 Y7 No.985 rounds the curve on its way back to Brockford during the Easter Steam Up 2016

Y7 No.985 rounds the curve on its way back to Brockford during the Mid-Suffolk LIght Railway’s Easter Steam Up on 28-3-16 Lawrie Rose

This engine arrived for our second Light Railway Gala in 2014 from the Northampton and Lamport Railway. It is now based at the MSLR for the foreseeable future and is a welcome addition to our fleet of locos.

W/No. 2565, built in 1936, spent its working life in industrial service with the Central Electricity Generating Board in Northampton before being acquired for preservation. It’s current owner has spent many years restoring it to working order, a project completed in 2014. 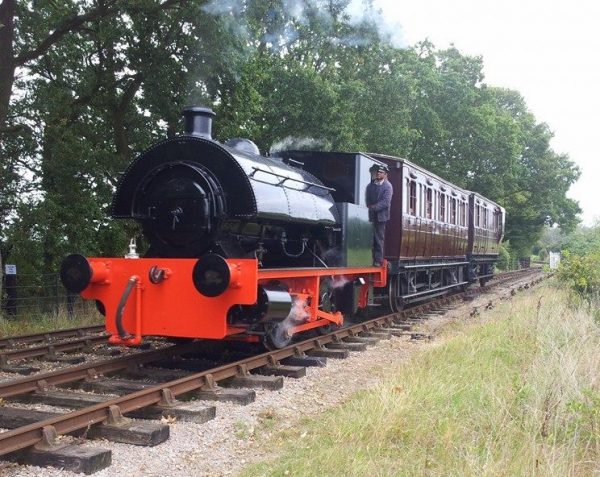 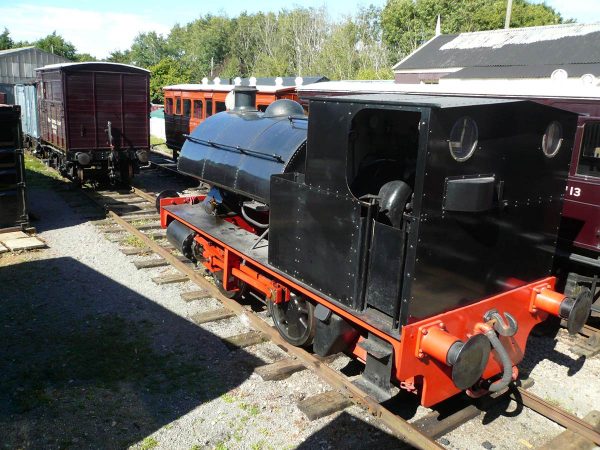 This locomotive is a rarity in the UK because it is a Belgian engine. It is different to most conventional British engines in that the boiler is mounted vertically instead of horizontally. The alternative design style means it raises steam a lot quicker than our other engines – less than an hour compared to three or four. As a well tank it carries most of its water under the footplate and frames rather than over the boiler or in a tender. It is being based at the MSLR for the foreseeable future.

The tram was built in 1906 and after its working life was over it was moved to the UK for preservation. Having been restored to working order last year in its owner’s yard it was run in on the Mid-Norfolk Railway before joining the MSLR’s fleet. 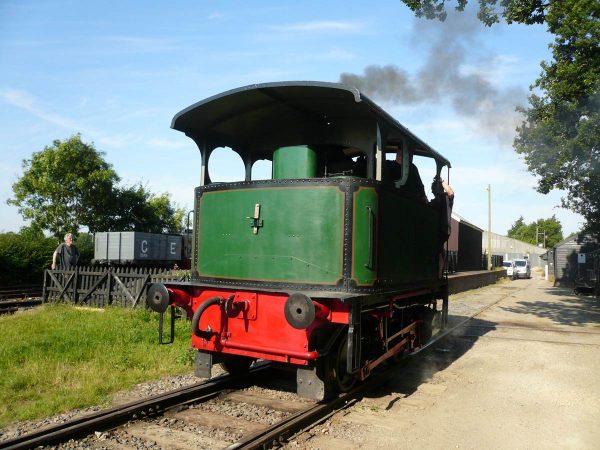 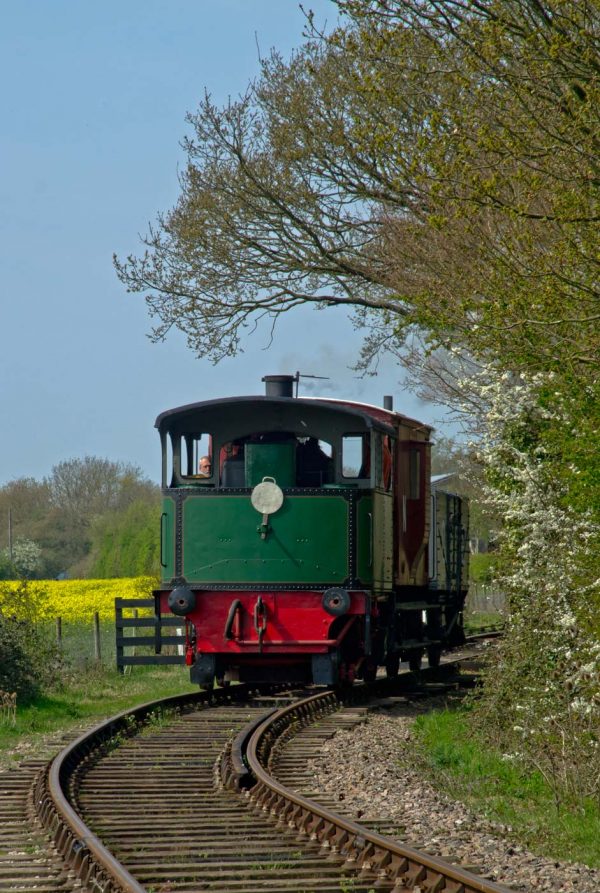 Nothing could look more light railway
Cockerill Tram on a light freight.

Nothing could look more light railway

No. 1604 is currently undergoing a major restoration to enable it to steam for the first time in preservation.

The locomotive has been on-site at Brockford for several years but work to restore the locomotive in earnest started with its move into the Works a few years ago and is now continuing in our new Lottery Funded restoration engine shed.

Many of the original parts are re-usable and the restoration will be based around an education scheme which will allow members of the public to learn about steam locomotives and the techniques and skills used to restore and maintain them.

It was built by Hudswell, Clarke of Leeds, who built the original MSLR engines, and it is also of a similar design. As such it is a very important part of our collection. It spent its entire life at the Bardney sugar beet factory in Lincolnshire, but will be restored as the next locomotive in line in the original MSLR numbering system.

A sketch of what 1604 will look like once restored 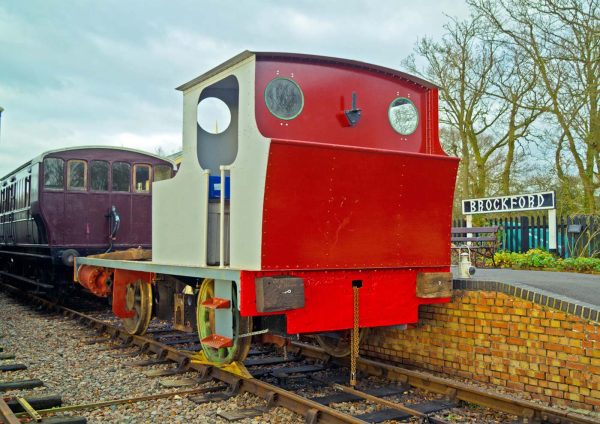