Early Days of the MSLR Museum

Our own archives include more than 8,000 photographs illustrating the development of the Museum. Here are a few from the earliest days (and even before!)

Looking back and comparing the site in the 1990s to the present day, you certainly realise how much determination and hard work has been put in by countless volunteers over a period of some 30 years, to get to where we are now.

Click on any of the pictures below to view the full image. 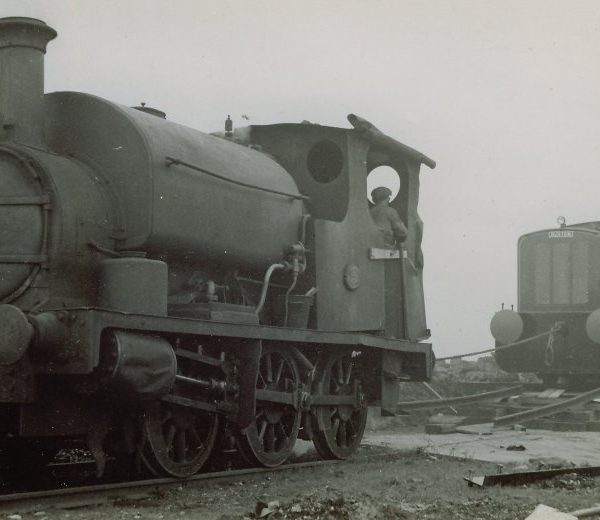 Hudswell Clarke loco no 1604 (under restoration at Brockford as of 2020) at the Bardney Sugar Beet Factory in 1954. No 1604 had been delivered new to Bardney in 1928, costing £1,500. In this photograph it is pulling a newly arrived diesel loco onto the factory sidings. The diesel is a Ruston 0-4-0 DS165, coincidentally the same type as our own shunter. In contrast to the shiny new diesel, no 1604 is looking in a very sorry state – obviously maintenance has been somewhat skimped pending the arrival of its replacement. Photo donated by Dave Miles (ex-British Sugar, Bardney). 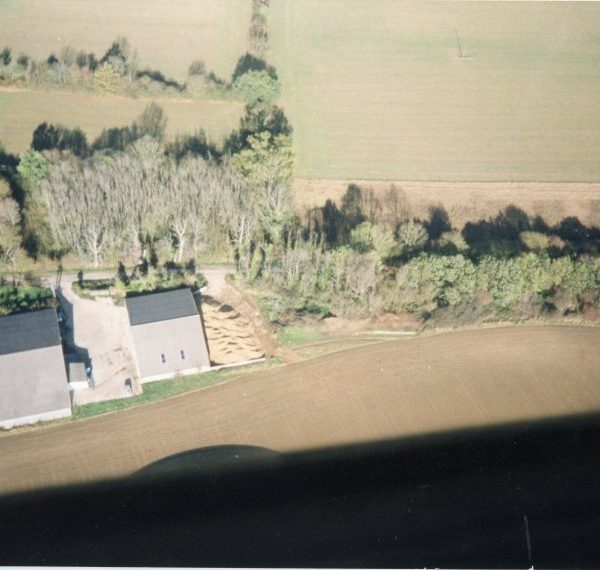 Aerial photo of the Brockford site in October 1990. Undergrowth has been cleared along the edge of the field in the centre of the image, revealing the remains of the cattle dock wall, which shows up clearly in the low sunlight. Apart from that there is nothing to indicate that a railway station ever existed here – or that a new museum was about to be developed on the site. Photo by Paul Davey. 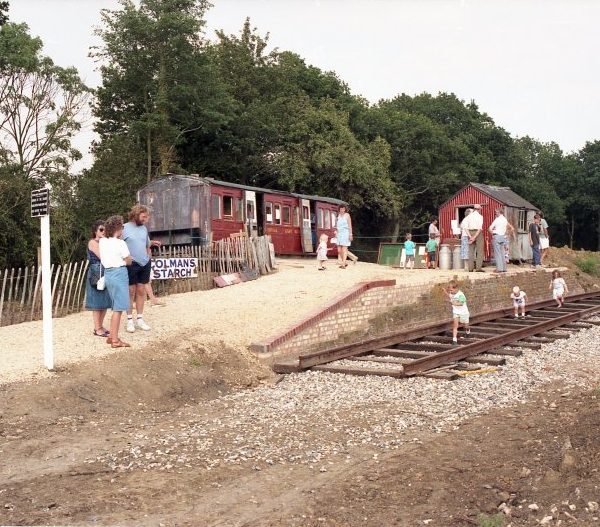 The first Open Day at Brockford on August Bank Holiday 1991. The restoration of the cattle dock wall to form the station platform has started, while the original Wilby building is issuing tickets and an archive display can be viewed in ex-GER coach no 1266. A section of track has been laid in front of the platform: one of the highlights of the day was the symbolic driving of the first spikes by Tony Alston and Peter Paye (their hammers are visible beside the nearest rail). Photographer unknown. 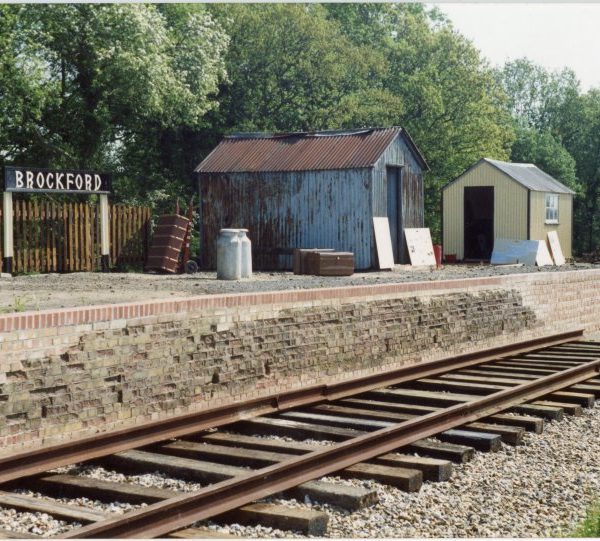 Brockford station on May 19th 1992. The facing brickwork on the platform has been completed. Two ex-MSLR buildings have been placed on the platform in the same relative positions as the former Brockford station. The nearest building, yet to be restored, was originally at Brockford, while the smaller building from Wilby is looking very smart. The ‘Brockford’ sign was unveiled earlier in the month. Items of luggage and milk churns help to complete the scene. Photo by David Chappell. 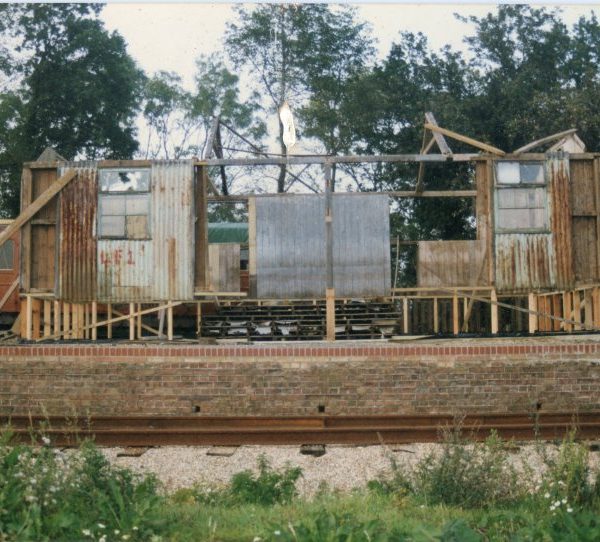 In Autumn 1992, the large MSLR building originally at Mendlesham is being re-erected at Brockford. It had been recovered from Silver Street, Old Newton during the summer. The lower part of the building is having to be re-created as it had corroded and been cut off by the previous owner. The central waiting area has been opened up, having been enclosed in its previous life as a chicken hut. Ex-GER coach no 1266 is just visible behind the building. Photo by Bob Boardman. 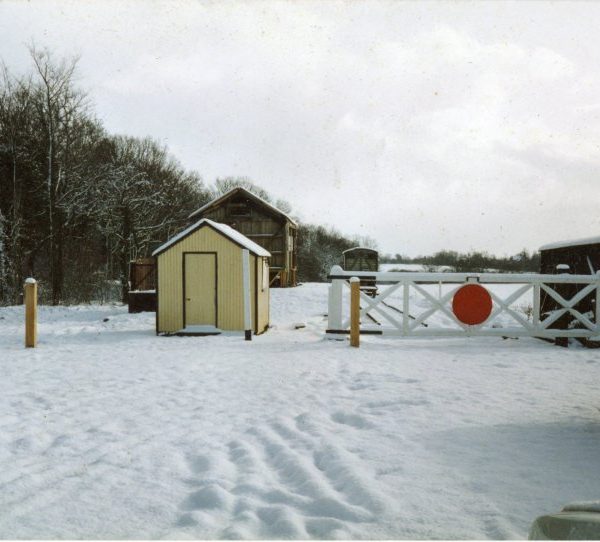 During the winter of 1992-93, snow covers Brockford station. Luckily the Mendlesham building, which is being rebuilt on the platform, has its roof on though it is far from weathertight at this stage. The restored Wilby building sits at the entrance. The Museum has acquired its first wheeled vehicles: an ex-GER van stands at the far end of the platform and just in front of it can be seen a P.Way trolley. The body of another ex-GER van is grounded to the right of the level crossing gate which temporarily blocks the line. Photographer unknown. 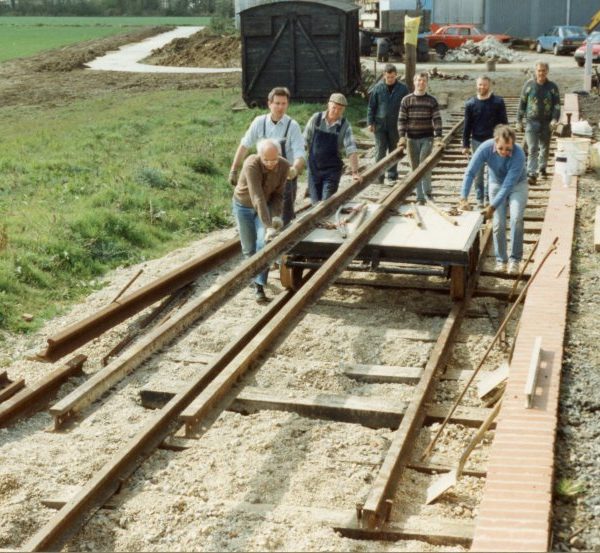 On April 3rd & 4th 1993, the railway held its first Track Weekend. The main aim of the weekend was to replace the lightweight rail which had been laid as a temporary expedient with more robust 75lb/yard rail, spiked directly to the sleepers with dog spikes. In the photograph, the P.Way trolley is being put to good use shifting rails. Although not visible in this shot, a lot of other work is going on too: the picnic area is being tidied up and seats constructed, the Brockford building and luggage barrows are being painted, and the yard gate is being prepared. Photo by Dennis Ash. 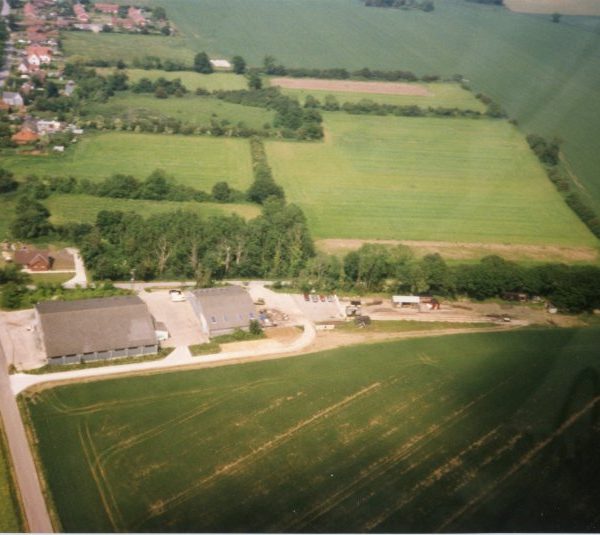 In this aerial view of the site taken around June 1993, the major changes which have taken place during the previous 2½ years are visible. There is a new access road in front of the industrial units, while a fully-fledged station with track, platform and buildings has sprung up. The restoration of the Mendlesham building, with its white roof, is well under way, though the canopy over the waiting area has yet to be erected. An ex-GER van and van body stand near the station entrance, while ex-GER coach no 1266 can be seen between the Mendlesham and Brockford buildings, and the P.Way trolley is parked at the far end of the track. Beyond the end of the line, the white body of an ex-GER van can just be made out. Photo by Tony Alston. 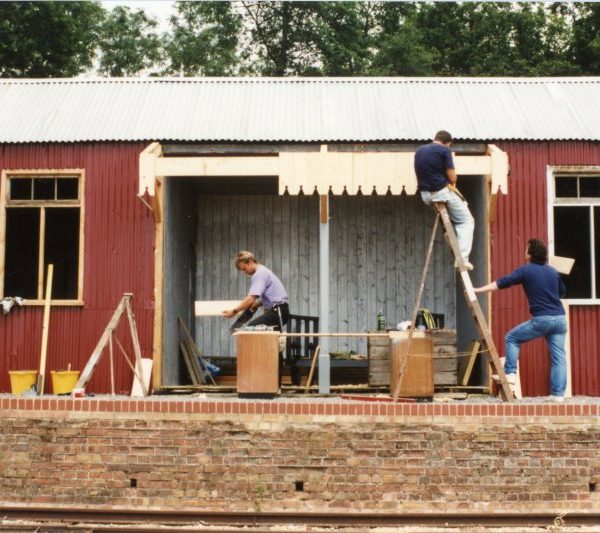 The formal opening ceremony for the Mendlesham station building is scheduled for July 18th 1993, and as the date draws near there is still a lot of work to be done! In this picture, a replacement canopy is being built over the waiting area entrance, to replace the original which did not survive. Photo by Rob Murray. 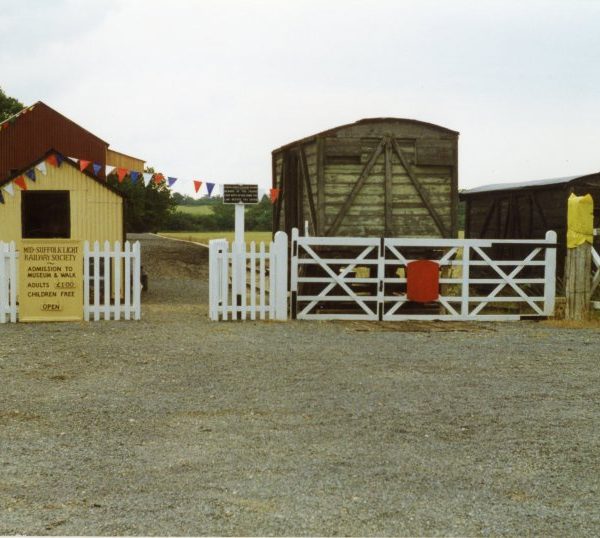 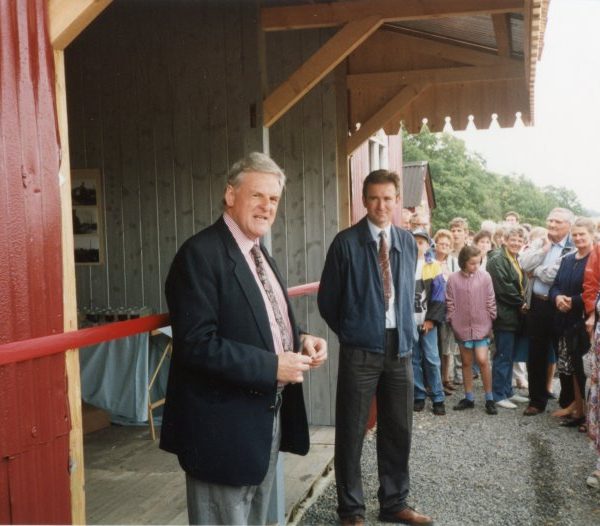 The formal opening of the Mendlesham building, on July 18th 1993. The ceremony was performed by local TV personality Paul Barnes, a lifelong railway enthusiast and maker of a number of films on the final days of steam on British Rail. Before cutting the traditional red ribbon, Paul addresses the crowds who have turned out despite the unseasonably damp weather, with MSLR Society Chairman Paul Davey also sheltering under the canopy. Photo by Gary Cooper. 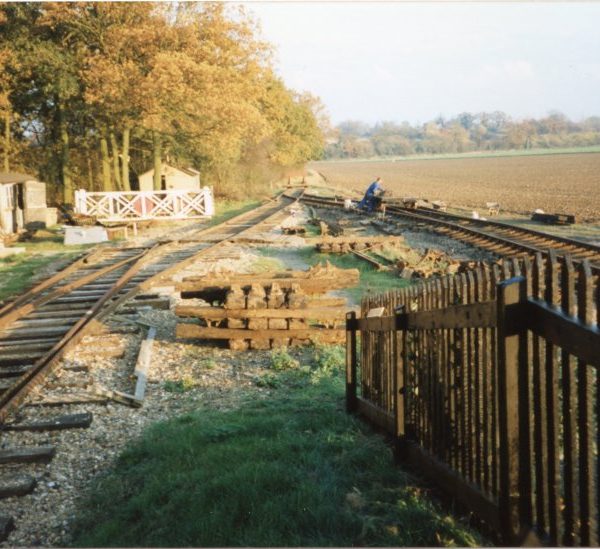 In this view from the platform on November 6th 1994, the complex of pointwork at the east end of the station is illuminated by the autumn sun. Earlier in the day, a large group of volunteers had been working on the track here, and some of their materials and tools can still be seen. The end of the line is marked by a set of buffer stops. On the very left of the picture under an orange tarpaulin is the body of ex-GER coach no 13, currently in service as MSLR no 12. To its right, the green body is ex-NER luggage van no 131 and an ex-GER van body. Photo by Dennis Ash.