Edgar Gladwell was a railwayman for over 45 years, spending much of his career on the Middy. Starting as a humble office boy, by the time the line closed he was Station Master at Stradbroke, in overall charge of the section from Kenton to Laxfield.

Edgar Offin Gladwell was born in Haughley on December 9th 1894. He was still at the village school when the MSLR opened to passengers in September 1908, and perhaps took advantage of one of the trips which the railway organised for local children. The next year, MSLR Superintendent Harold Gillingwater organised a competition to help promote the line: pupils from the village schools along the route were asked to write essays on the subject of the railway, with 5 shilling (25p) prizes on offer. Edgar won the competition at Haughley, and was also judged the overall winner. Probably as a result of this, he started work on the railway as an office boy at Haughley station, with the princely wage of 3 shillings (15p) a week! 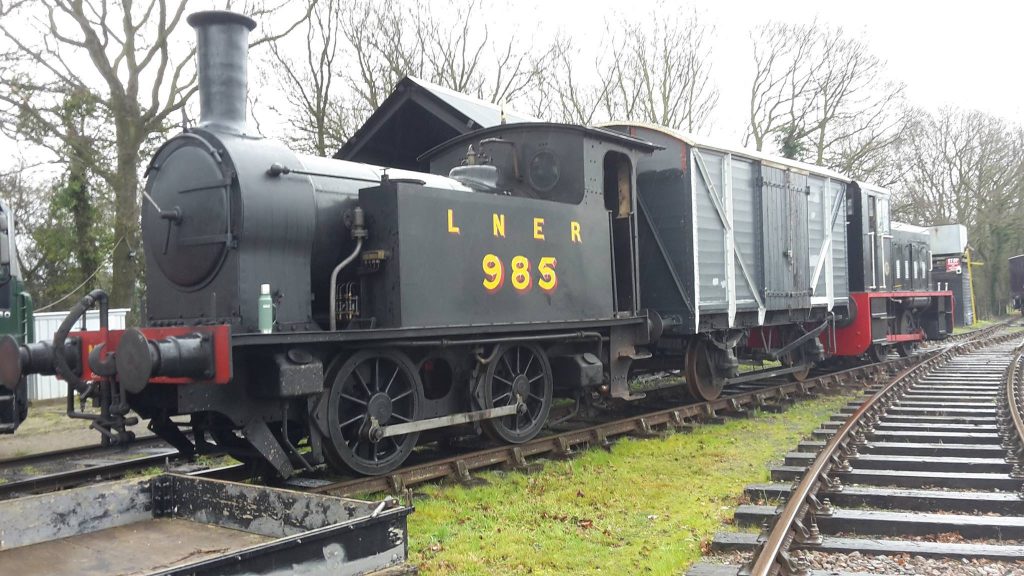 By 1911 Edgar had been promoted to Clerk, and was still living in Haughley. During the Great War he served in France and Flanders as a Private in the Suffolk Regiment. He was captured by the Germans in March 1918 during their last offensive on the Western Front and spent the rest of the war as a POW.

After his release and demobilisation, he returned to the railway as a Clerk in the Superintendent’s Office at Laxfield, under Chief Clerk Christopher “Charlie” Nicholls. In April 1922 he was paid £2/18/8 (£2.93) a week, comfortably more than a Porter or Platelayer but significantly less than a Station Master or Engine Driver.

In February 1921 he married Mabel Annie Cullingford, sister of the Harold Cullingford who had worked for the MSLR as a clerk in 1911 and who coincidentally had won the Laxfield “heat” of the 1909 essay competition. Edgar and Mabel had four children, one boy and three girls. 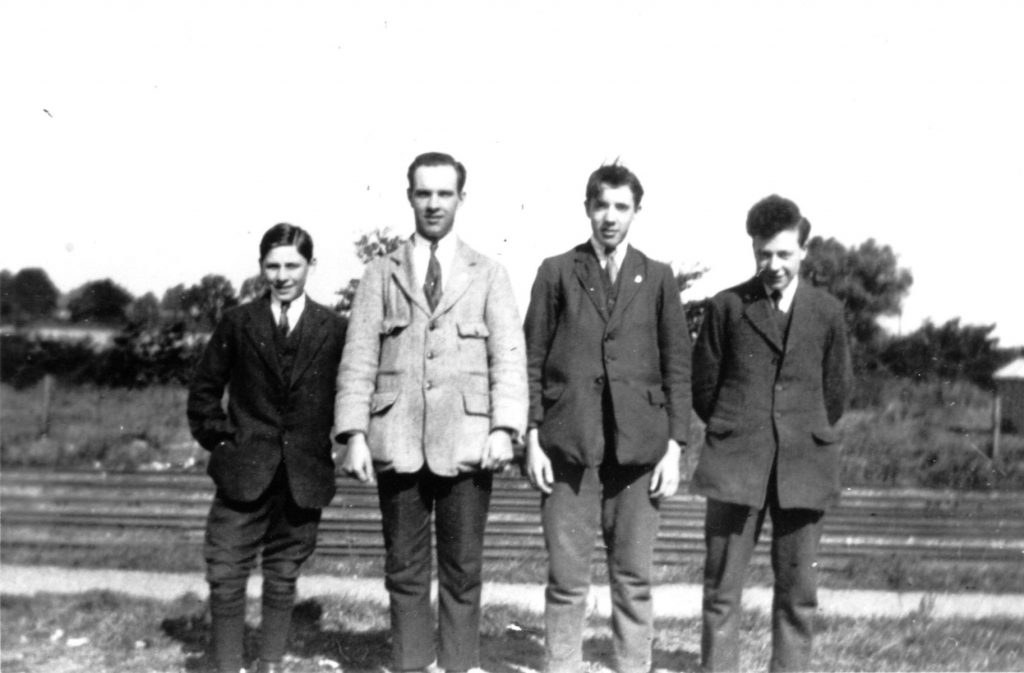 After the London & North Eastern Railway (LNER) absorbed the Middy in 1924, they made several staff changes to reduce costs, and much of the administrative work was transferred away from the line, with the remaining clerical staff concentrated at Stradbroke. Between November 1924 and 1929, Edgar worked as a Clerk at Kenton for three days a week. At some point after this, he was employed at Witham and Maldon East stations in Essex, presumably in a clerical role. By 1939 he had returned to the MSLR and was Yards Clerk at Stradbroke, though living in Laxfield.

During the 1930s the LNER had replaced all the Station Masters on the branch with Porters in Charge who reported to the Station Master at Haughley. In 1942, probably responding to increased wartime traffic, the post of Station Master at Stradbroke was reinstated, with responsibility for Laxfield, Wilby, Horham, Worlingworth and Kenton. Perhaps surprisingly, this post was retained after the war, and when the incumbent Robert Wilson transferred to Kirby Cross in 1945, the job was offered to Edgar Gladwell, who took over in early 1946. Unfortunately, some staff did not always treat him with the respect he felt the role deserved. Ronnie Thompson was the fireman one day when his train arrived at Stradbroke 30 minutes late, and Edgar ran down the platform showing his watch to the driver and asking in an official tone “What’s this?” The driver’s cheeky reply “A watch” made Edgar’s face turn purple with rage, and he quickly disappeared into his office.

Edgar was still at Stradbroke six years later when the line closed. On the final day of service, July 26th 1952, he was interviewed by the BBC for their “Radio Newsreel” programme. 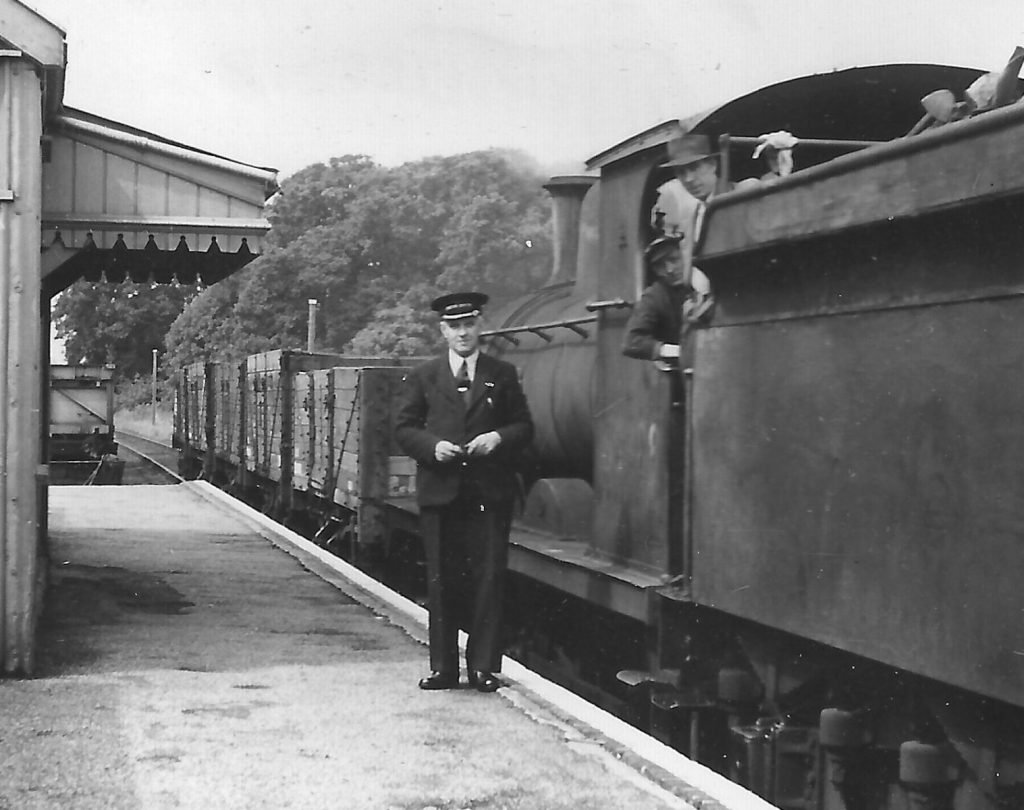 He then transferred to Framlingham as Senior Goods Clerk, which he must have felt was a demotion, and he certainly hated the job. Although passenger services were withdrawn from the Framlingham branch in November 1952, it carried on handling freight until 1965. Edgar retired suffering from ill-health on December 9th 1954, his 60th birthday. He was clearly well-known locally as his retirement merited a brief biography in the “Diss Express”. To supplement his income after retirement, he worked for some time as an insurance agent. From his long experience on the branch, he had an enormous fund of knowledge, photographs and stories relating to the MSLR, some of which were fortunately collected by Geoff Rice and which have been subsequently published.

Outside work, Edgar was the long-serving church organist at Laxfield and Fressingfield, pianist to the Laxfield & District Choral Society, and Clerk to the Laxfield Parish Council.