GER Locos on the Middy

After the London & North Eastern Railway (LNER) takeover in July 1924, the MSLR’s three Hudswell Clarke locos were quickly removed and never returned to the branch. From then until closure, motive power was provided by various locos of ex-Great Eastern Railway (GER) origin.

The original locos’ place was taken by the similar but somewhat larger locos of LNER class J65, formerly GER class E22. These 0-6-0 tank locos had already seen service on the MSLR when the line’s own locos were unavailable due to breakdown or maintenance, and for special workings such as the GER weedkiller train. They were one of the few classes which could safely run on the MSLR’s rather flimsy track. 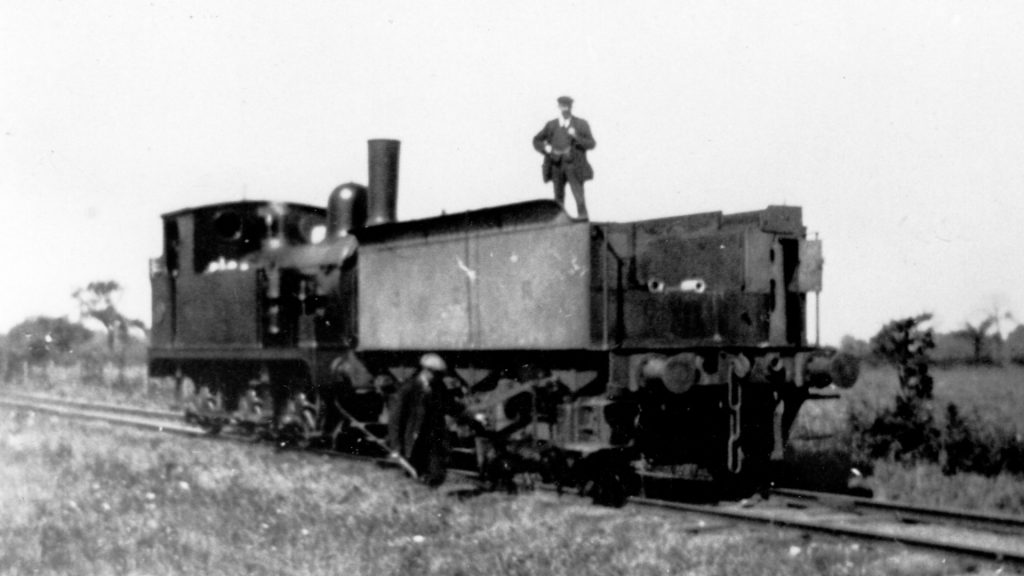 GER class E22 loco no. 247 on weedkilling duties on the MSLR sometime in the 1910s or early 1920s. P. Way Inspector George Bloom stands on top of the old tender, which will spray the chemical solution onto the track. Geoff Rice collection.

From early on they were associated with the Fenchurch Street to Blackwall line, hence their common nickname of “Blackwall” tanks. They were widely used on smaller branch lines in East Anglia, including the Eye & Stoke Ferry branches. Scrapping began in the 1930s and by late 1937 only 5 remained in service; these received new numbers (8211 to 8215) in the 1946 LNER renumbering scheme. The final two survivors lasted long enough to have 60000 added to their numbers by British Railways, becoming 68211 and 68214, and were withdrawn in November 1953 and October 1956 respectively. None were preserved. 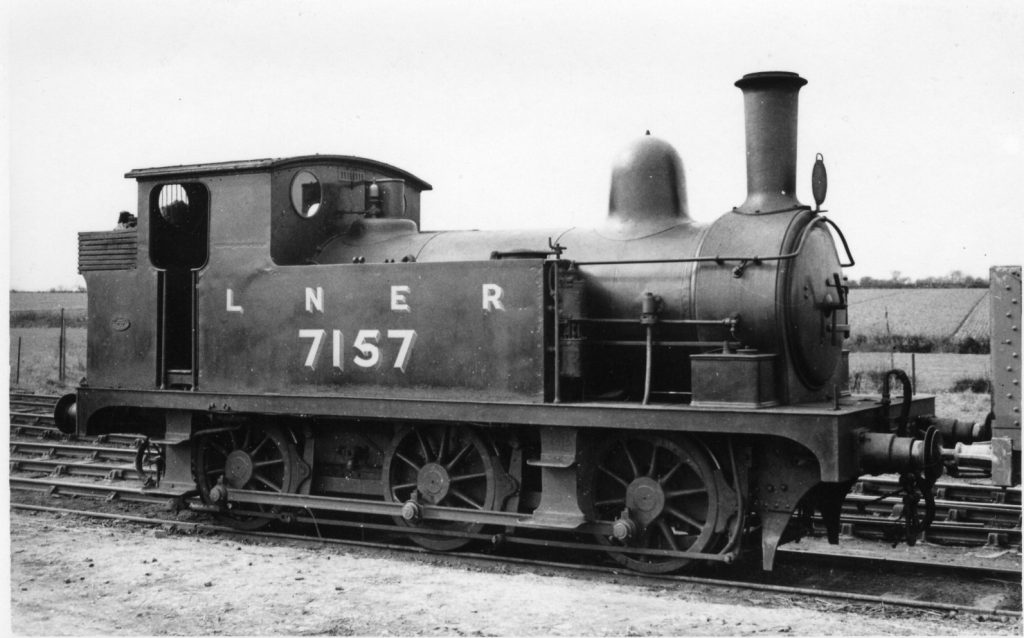 At least eight members of the class are known to have seen service on the MSLR. It is likely that any of them allocated to Ipswich shed would have been assigned to MSLR duty at some point. Initially three were based at Laxfield at any one time (one of which was spare), the locos returning to Ipswich periodically for major maintenance or repairs. By 1939 Laxfield’s allocation had been cut to two locos as traffic decreased and the cash-strapped LNER sought to reduce costs. By around 1946 all the original flat-bottomed rails on the line had been replaced by more robust track, making it possible to use a somewhat larger (though still relatively lightweight) loco in the form of the J15 class 0-6-0 tender engines. In 1947 the J15s took over regular duties, though J65s were still reported on the MSLR in May and August 1948. 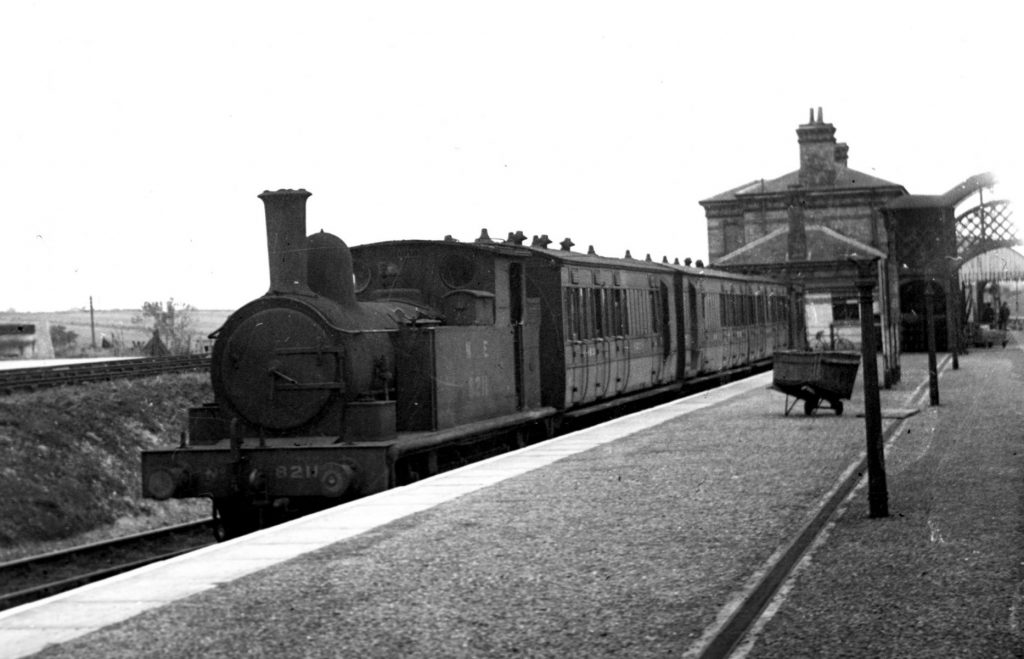 Peter Paye records that a shortage of locos at Ipswich in autumn 1946 meant that E4 class loco no. 7466 (later renumbered 2782, then 62782) was based at Laxfield until January 1947, when it was replaced by a J15. Originally designated as GER class T26, the E4s were mixed traffic 2-4-0 tender locos, of which 100 were built between 1891 and 1902. Nicknamed “Intermediates”, they could be found all over East Anglia; the final one survived until 1959 (the last of its wheel arrangement left in service in the whole country) and is now part of the National Collection. 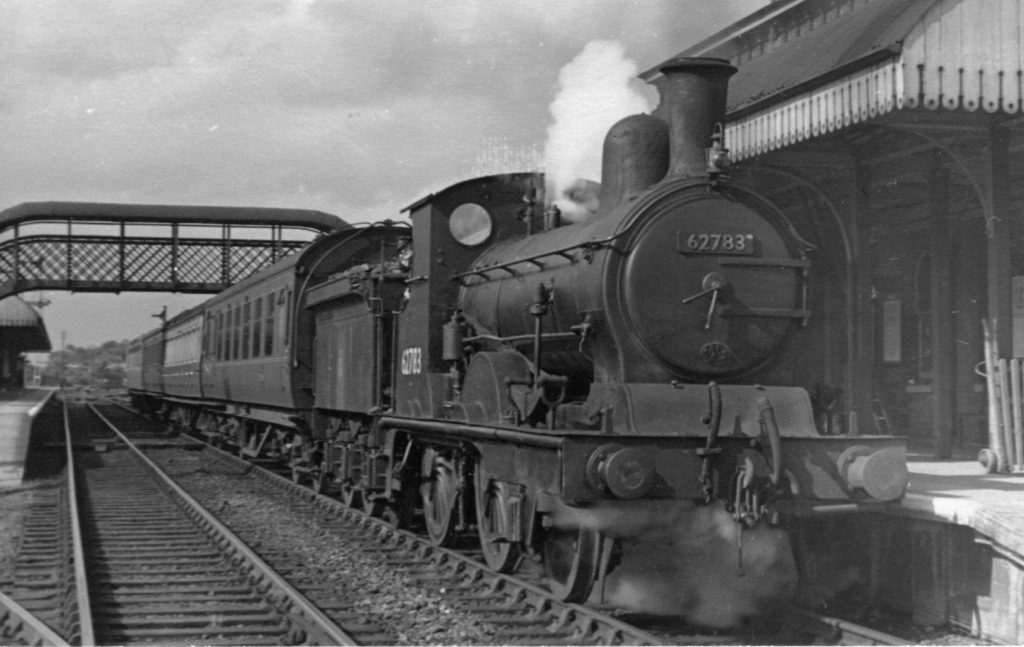 One small problem with the use of an E4 on the Middy was that the loco was in theory too heavy to work on the line. Even in 1947 after the track had been strengthened, only the lightest locos with Route Availability (RA) 1 (plus exceptionally J70 tram locos) were permitted, whereas the heavier E4s were classified as RA2. In practice no lasting harm seems to have been done, the low speeds on the branch no doubt minimising any damage.

The great majority of surviving photos of the MSLR date from the 1950s, when haulage duties were the exclusive preserve of the J15 class 0-6-0 tender engines, also known as the “Little Black Goods”. It’s not surprising, therefore, that these locos have become deeply embedded in memories of the Middy, even though they only worked regularly on the line for around five years. 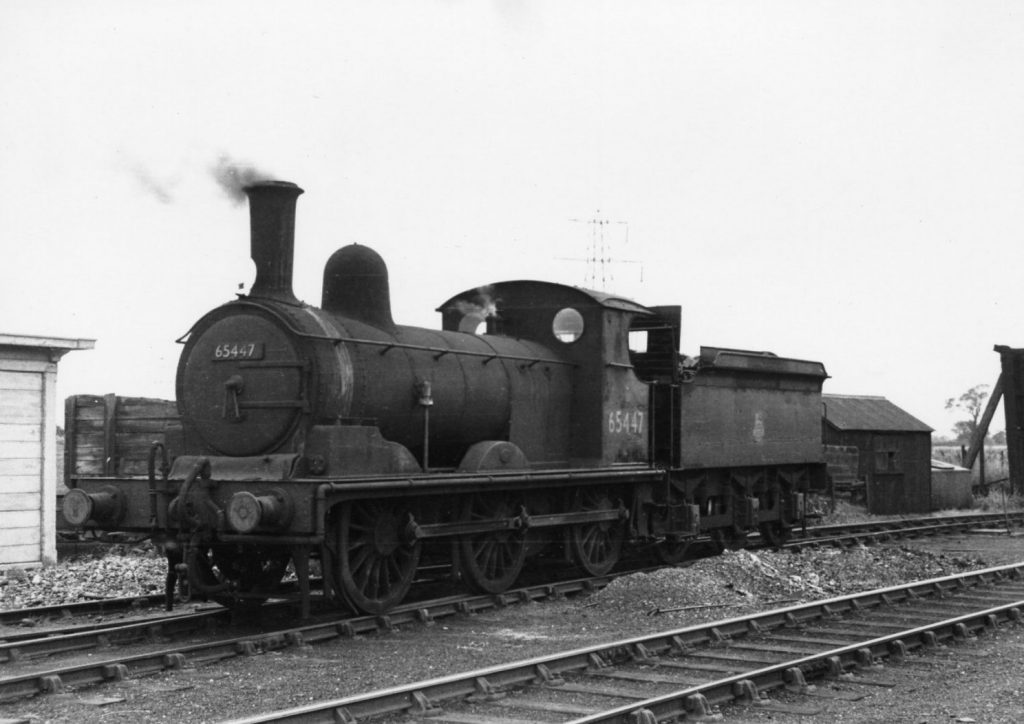 Class J15 loco no. 65447 beside the coaling stage at Laxfield on 24th July 1951. Note the weatherboard on the tender for reverse running. The loco is in dire need of attention from the cleaner! Photo by George Powell, courtesy of Great Eastern Railway Society.

The Y14s were the most numerous class of GER locos, a total of 289 being constructed over a 30-year period from 1883 to 1913. They were initially designed to handle freight trains (primarily coal) over the newly-opened Great Northern & Great Eastern Joint line between Doncaster and March, but soon spread across the GER network handling passenger and freight trains on branch, cross-country and secondary main line duties. Their light weight made them a ‘go-anywhere’ loco, which was surprisingly powerful for its size and simple to maintain. During the Great War, 43 of the class served in France with the Railway Operating Department of the Royal Engineers.

By 1939 just 130 members of the class remained, as they were replaced by more modern designs. During the Second World War they proved invaluable in serving the numerous military facilities scattered across East Anglia, many of which were accessed via lightly-laid branch lines. The final four were withdrawn on 16th September 1962, right at the end of steam in East Anglia. One has been preserved; no. 65462 was sold to the Midland & Great Northern Joint Railway (Preservation) Society, and is currently based on the North Norfolk Railway in its near-to-original state as Y14 no 564. It was very appropriate that this loco inaugurated steam services at Brockford in July 2002. 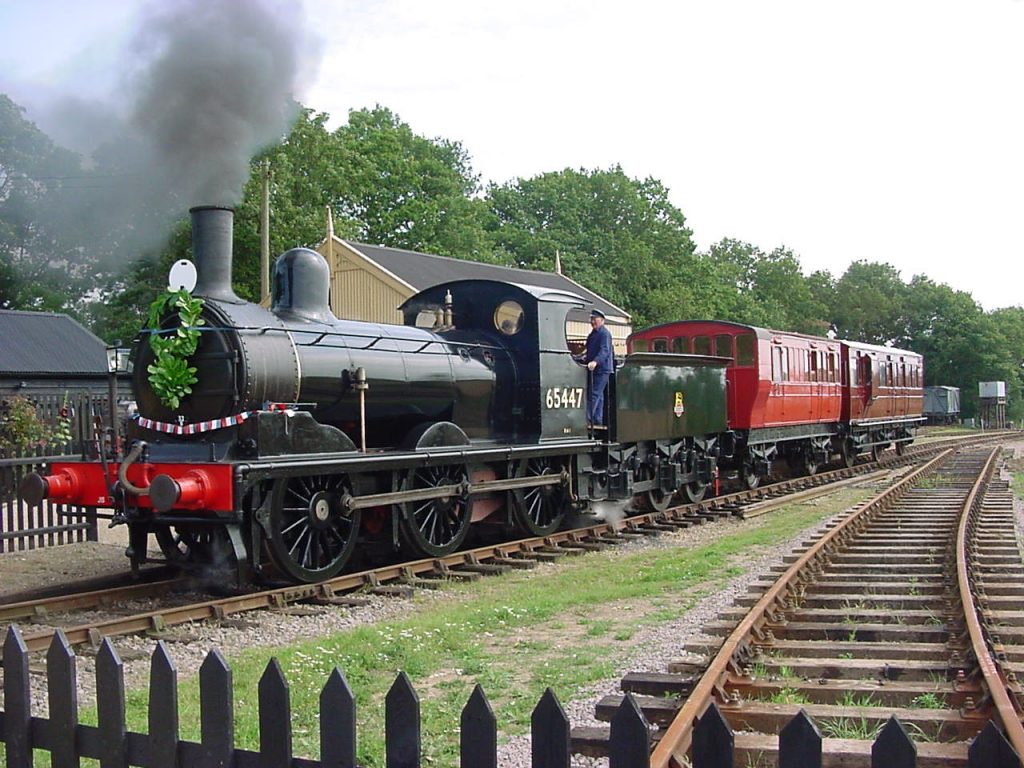 The North Norfolk Railway’s preserved J15, disguised as no. 65447, at Brockford on the 50th anniversary of the last day of service, 26th July 2002. Photo by Andrew Cullum.

J15s were observed on the MSLR occasionally during the Second World War, for example no. 7569 was seen in May 1943. After they took over permanently around 1947, it was usual for two J15s to be based at Laxfield, one with Westinghouse and vacuum brakes for passenger/mixed workings, and the other a steam brake only loco for freight. Some 15 different J15s were recorded as working on the MSLR; this included hauling the demolition trains after closure.

Standards were maintained even as closure approached! The cab of no. 65447 at Haughley on 22nd July 1952, with polished brasswork, burnished steel, and a white roof. Photo by George Powell, courtesy of Great Eastern Railway Society.