One of the names commemorated on the Railway’s War Memorial at Brockford is Stanley Walter Emeney. A native of Laxfield who worked on the MSLR in its early days, he joined the Royal Navy in 1912, losing his life when submarine E14 was sunk in 1918.

Stanley Walter Emeney (sometimes spelt Emmeny) was born in Laxfield on August 4th 1896, and his father Walter was a traction engine driver which may have encouraged an early interest in steam! By the time of the 1911 census, the 14-year old Stanley was working as a Railway Porter, probably as the junior porter at Laxfield under the supervision of Station Master Frederick Sore. He was still living with his parents in the Churchyard, Laxfield, and they had boarding with them Ernest Taylor who was an engine cleaner on the railway. However, Stanley obviously had his sights set on wider horizons than sleepy Mid-Suffolk, and in August 1912 at the age of 16 he joined the Royal Navy with Official Number J19244 as a Boy trainee at HMS Ganges, part of the Royal Naval Training Establishment at Shotley. This would have been easily reached from Laxfield using the train as far as Ipswich and then the GER bus service. He signed on for a period of 12 years, though the clock would only start ticking once he reached his 18th birthday on August 4th 1914 – as it turned out, the day on which Britain declared war on Germany. His service record shows that he stood 5ft 7in tall, with a chest measurement of 32¾ inches, dark brown hair, grey eyes, a fair complexion, and a dog bite on the calf of his right leg. Unfortunately we have no photograph of him. 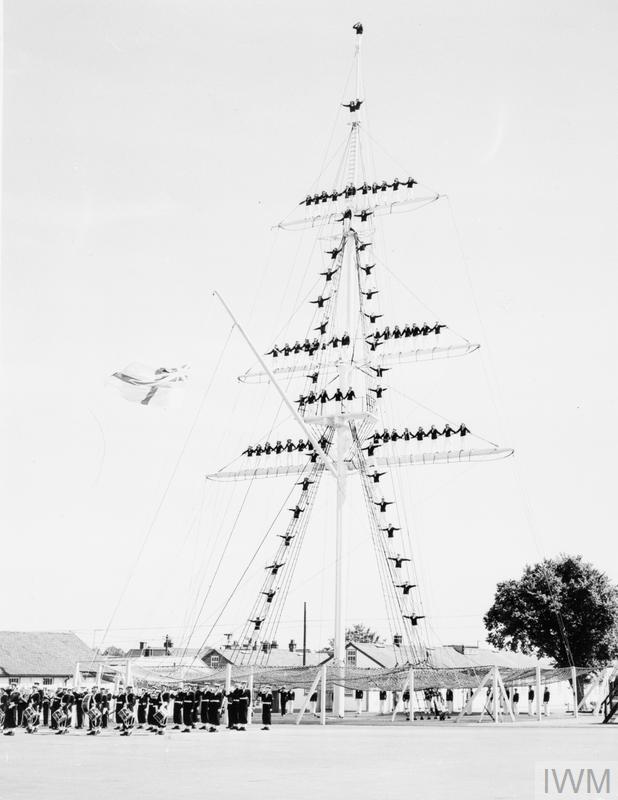 He spent 6 months at Ganges before joining HMS Hawke, a cruiser which had earlier achieved notoriety for colliding with RMS Olympic (sister ship of the Titanic) in the Solent in 1911, causing serious damage and great embarrassment to both parties involved. After 4 months on Hawke, he was transferred in June 1913 to HMS Vengeance, one of the older pre-Dreadnought battleships with four 12-inch guns. On the outbreak of war, the Vengeance initially formed part of the Channel Fleet before moving successively to West Africa, Egypt, Cape Verde & the Canary Islands, and finally the Dardanelles. Here the ship supported the ill-fated landings until problems with her boilers forced her to return to Britain for a refit in July 1915. During his two years on Vengeance, Stanley was in quick succession rated as Ordinary then Able Seaman (AB): since enlistment he had added half an inch to his height and one and a quarter inches to his chest measurement, and had also acquired tattoos of ‘Mother’ and ‘Nellie’ on his arms.

He then spent just over 4 months ashore assigned to HMS Pembroke, the naval barracks at Chatham, during which time he qualified as a torpedo specialist. In December 1915 he was back in active service on HMS Champion, a brand-new light cruiser which was assigned to the Grand Fleet and which fought at the Battle of Jutland in May-June 1916. In July 1917 he passed the examination for Leading Seaman (which did not bring automatic promotion) and was posted to HMS Dolphin, the Royal Navy’s submarine school. Here he obtained a Gunnery Instructor’s badge before being sent in November to join HM Submarine E14, captained by Lieutenant Commander Geoffrey White. 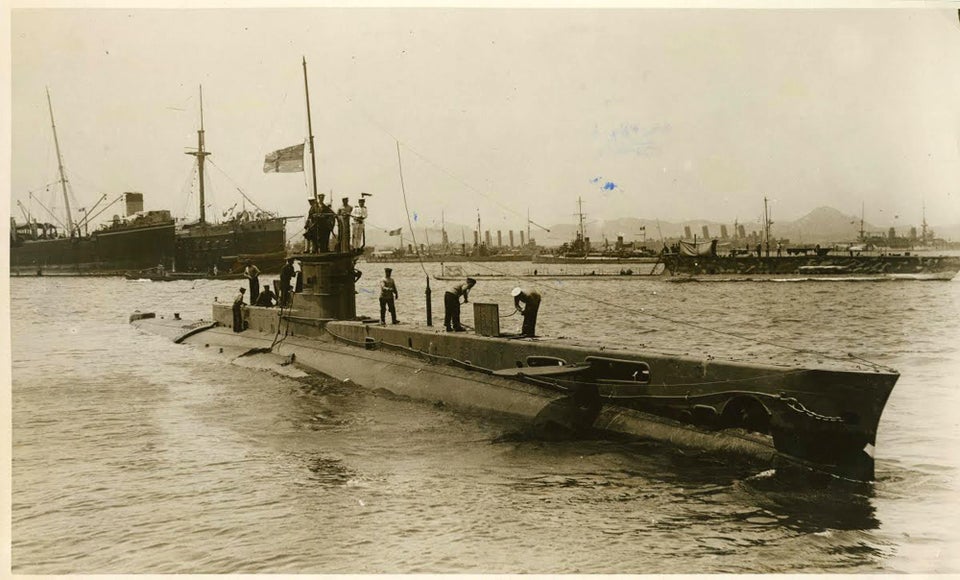 The E14 had already achieved fame during the Gallipoli campaign in 1915 when it had penetrated the Dardanelles and sunk several vessels in the Sea of Marmora, earning a VC for its then commander, Edward Boyle. In January 1918 the E14 sailed into the Dardanelles once again with orders to locate and sink the Turkish battlecruiser Yavuz (the renamed German ship Goeben), but it could not be found at its reported position and so the E14 attacked an enemy merchantman instead. Unfortunately the torpedo exploded prematurely and damaged the E14 itself, forcing the submarine eventually to surface where she came under intense fire from Turkish shore batteries. The captain attempted to beach his vessel, but the E14 sank and only 9 of the crew of 32 were rescued by the Turks: amongst the missing was AB Stanley Emeney. His service record simply states that he lost his life on Naval Service on January 28th 1918, and that a war gratuity was paid, presumably to his next-of-kin. After the end of the war, the medals to which he was entitled (1914-1915 Star, Victory Medal and British War Medal) were issued to his mother Alice.

In June 2012, the wreck of the E14 was located in 20m of water, some 250m off Kum Kale, desperately close to the exit from the Dardanelles and safety. Most of the submarine is buried in sand but it appears largely intact, though a shell hole is visible in the bow. This war grave is probably the last resting place of Stanley Walter Emeney. 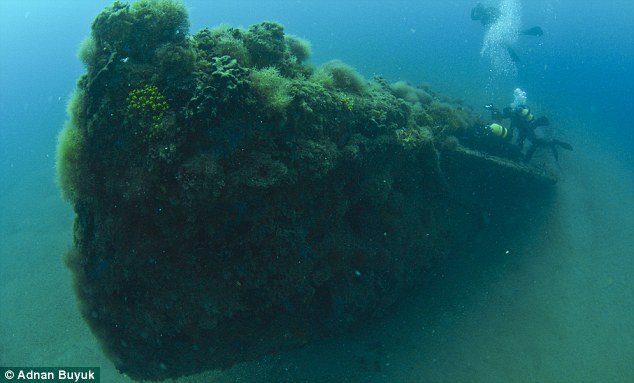 The wreck of HM Submarine E14 discovered in the Dardanelles, June 2012. © Adnan Buyuk.

The War Memorial at Laxfield, with Stanley Emeney the second name on the list. Joseph Pollard (died 1916) was another MSLR employee. Photo by Steve Crane.
Menu