Prince Albert and the MSLR

Could Prince Albert be linked to the MSLR, even though he died some 40 years before the railway was authorised? We investigate this mysterious story.

You may well ask what connection can there be between the Mid-Suffolk Light Railway and Prince Albert, consort of Queen Victoria?  After all, he died in 1861, almost 40 years before the MSLR was granted its Light Railway Order.  But there is a story linking the two which has appeared from time to time in various publications and websites.  According to this story, when Albert visited Ipswich in July 1851, someone in the crowd shouted out in a broad Suffolk accent “Goo hoom, yer rotten ole Jarman”.  When Queen Victoria got to hear of this, she placed a ban on royal visits to the town, which was not to be broken until Prince Henry (one of the younger sons of King George V) came to Ipswich in 1926. As a consequence, when Victoria’s cousin, the Duke of Cambridge, came to cut the first sod of the MSLR in May 1902, the ceremony could not be held in Ipswich and instead had to take place at Westerfield Junction. 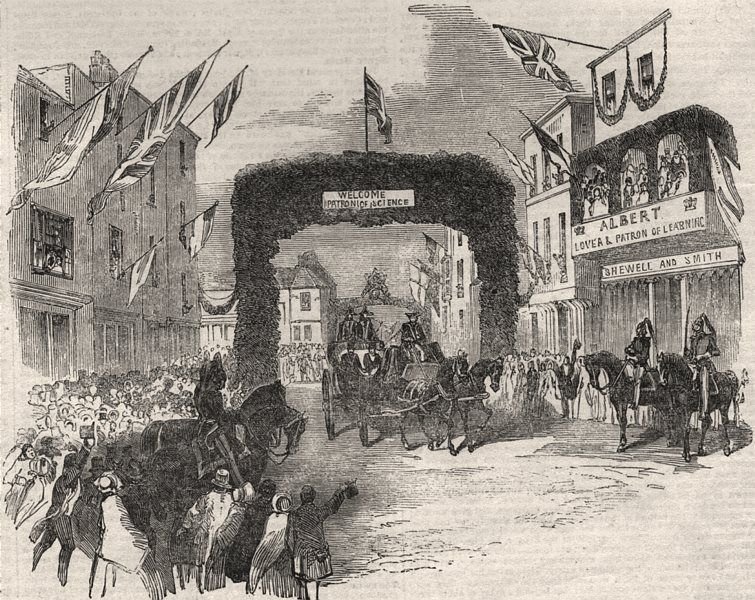 The Triumphal Arch in Tavern Street, Ipswich, during the visit of Prince Albert (Illustrated London News)

A great story, but how well does it match with the facts?  Albert’s marriage to Victoria in 1840 was unpopular with much of the British public and Establishment; not only was he a foreigner, but he also came from a very minor German state (the Duchy of Saxe-Coburg and Gotha).  By the time Albert came to Ipswich, he was a rather more popular figure, not least because of the great success of the Great Exhibition which he promoted and which had opened earlier that year.

Prince Albert had a busy schedule in Ipswich on the 3rd and 4th of July 1851, where he attended the annual meeting of the British Association for the Advancement of Science, visited Ipswich Museum, and laid the foundation stone for the new grammar school.  This was reported extensively in both national and local press, which are full of references to cheering crowds and welcoming banners (see the contemporary picture from the Illustrated London News) – but it’s possible that they would simply have ignored any contrary demonstrations.

One might expect more frankness in Queen Victoria’s private Journals, but although they record how pleased she was when Albert returned from Ipswich, there is no mention of any problems with the visit or a ban on further visits.

There are a couple of issues with the idea that the cutting of the first sod had to be moved from Ipswich.  Firstly, it was completely logical to hold the ceremony at Westerfield Junction, because that was where the MSLR was planned to terminate, rather than in the town centre or at Ipswich GER station which the Middy was never going to reach anyway.  Secondly, in 1902, Westerfield station and the adjacent site of the sod-cutting ceremony were both in the Borough of Ipswich, so would have been equally forbidden territory had a ban existed! (they only moved outside the city following boundary changes in 1985).

Perhaps the final nail in the coffin of the story is that one of Queen Victoria’s daughters, Princess Louise, made a visit to the High School for Girls in Ipswich on the 15th of May 1899.  As the Queen was still alive, it seems unlikely that her daughter would have ignored a ban if it had existed.

So it would appear that the story, amusing though it may be, is a bit of an exaggeration. Undoubtedly Albert never enjoyed great popularity in his lifetime, and was often the target of anti-German feeling.  An insult may well have been shouted that day in Ipswich, but there does not appear to be any evidence for a subsequent ban on royal visits.  However, if anyone has more information we would be very interested to hear about it! 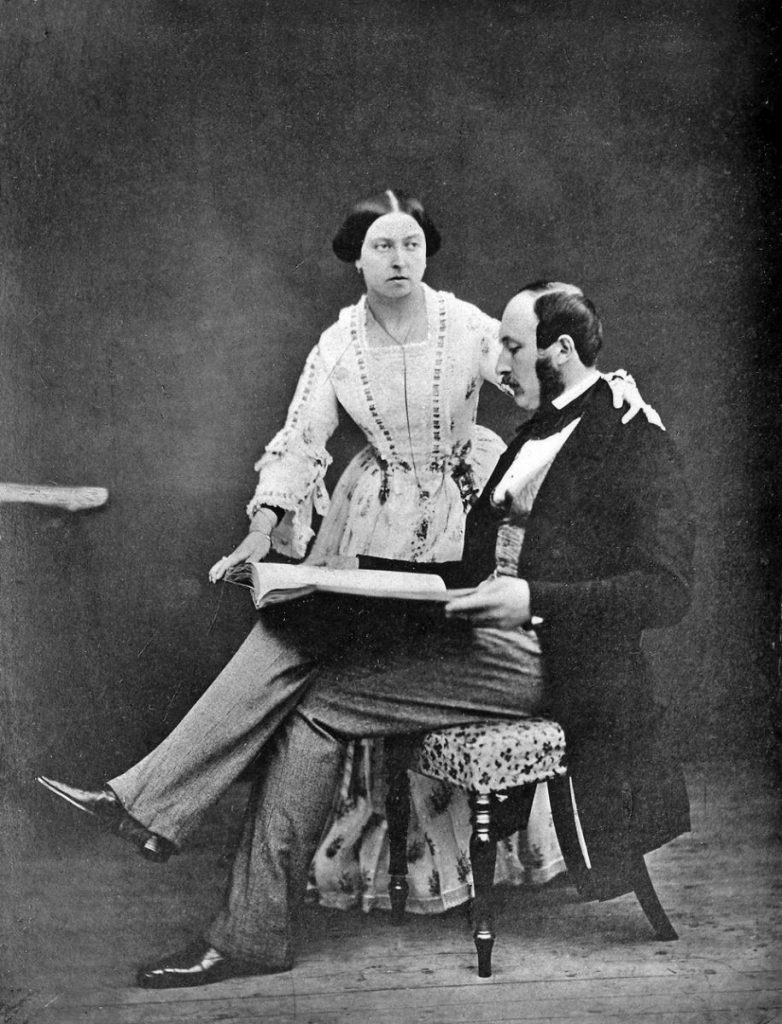