As we know, the MSLR was taken over by the London & North Eastern Railway in 1924. But when the government was planning to re-organise the railways after the Great War, they were unsure what to do about light railways. The Middy might well have been left to pursue an independent existence – with consequences we can only guess at.

During the Great War, the Middy along with most other railway companies in the UK was controlled by the Government, acting through the Railway Executive Committee. As the war drew to a close, a Parliamentary Select Committee was set up to consider the future organisation of the railway industry: it was widely considered that the pre-war structure of more than 100 companies was inefficient and led to wasteful competition, so some form of merger was on the cards, possibly even permanent state control.

In early 1919 the government introduced the Ministry of Ways and Communications Bill, which proposed setting up an organisation to control and develop all forms of transport, including railways, roads, canals and docks. In charge of the new Ministry would be Sir Eric Geddes, a senior railway manager who had been recruited by Lloyd George to help the war effort, eventually becoming First Lord of the Admiralty. A very forceful character, Geddes apparently intended to effectively nationalise the railways and run them himself. He was, however, rather dismissive about light railways, stating in a parliamentary debate that “Roads have a greater possibility in opening up these districts [agricultural areas] then any light railway I have ever met”. 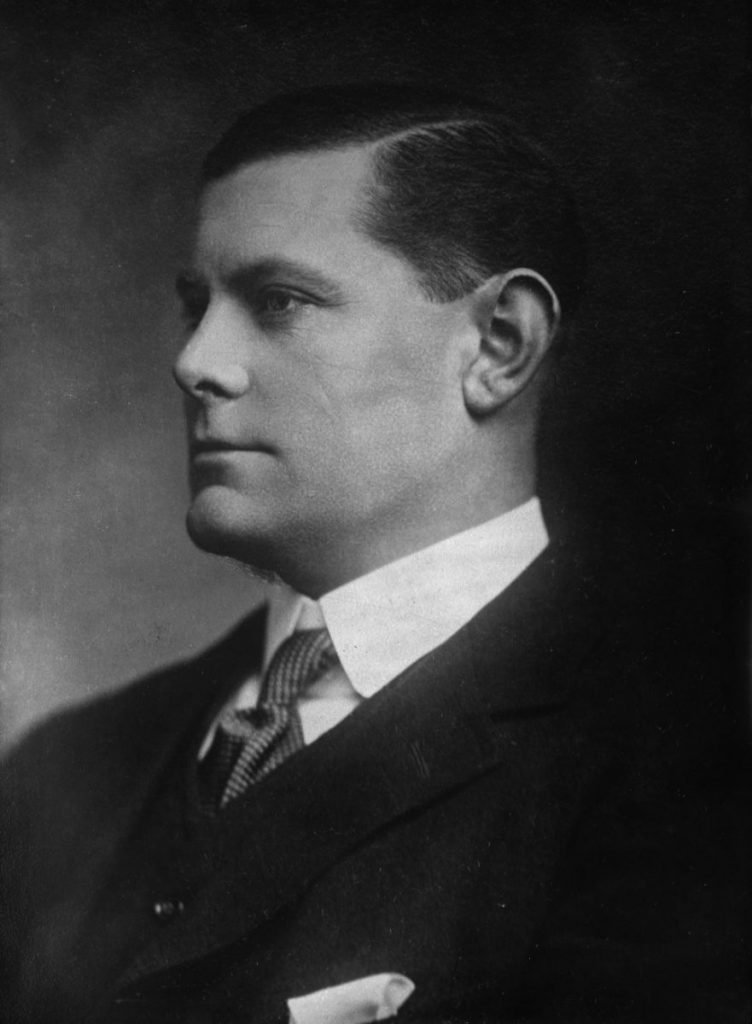 Sir Eric Geddes, architect of the railway Grouping and Minister of Transport from 1919 to 1921, pictured in 1917. Library of Congress. 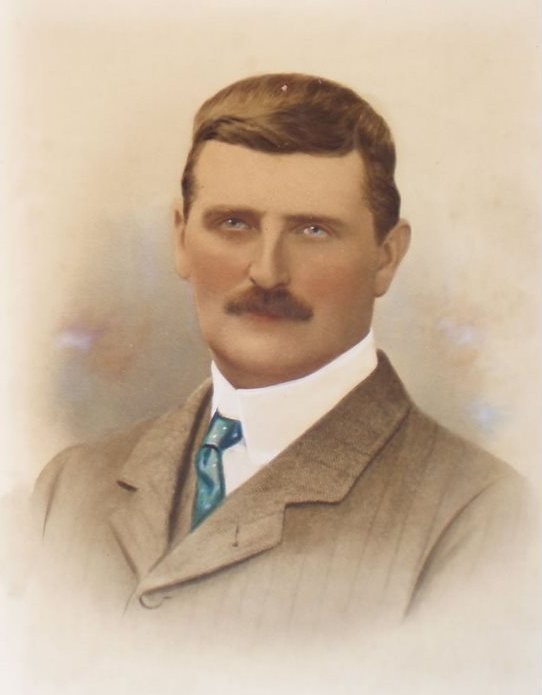 What About Light Railways?

The numerous small independent railway companies of Britain and Ireland – including light railways – were naturally concerned about these proposals, though their reactions varied widely. At one extreme was the “Association of Minor Railways” led by the famous Colonel Holman F Stephens, which very strongly wished to remain independent and distinct from the main-line railways. At the other end of the spectrum, many light railways (including of course the Middy) faced very serious financial difficulties, and being grouped with the larger companies could be seen as offering better prospects of survival, not to mention some returns for the long-suffering shareholders.

The views of the Stephens faction seemed to be in the ascendancy when the government published its White Paper “Outline of Proposals as to the Future Organisation of Transport Undertakings in Great Britain and their Relation to the State” in June 1920. This “proposed to exclude light railways from the grouping arrangements”, though this was not as clear-cut as it seemed:  surprisingly there was and remains to this day no legal definition of a light railway! The White Paper went on to suggest that that State should provide financial assistance to light railways, and that they ought to combine together to secure economies of scale, in a nod towards the methods already employed by Stephens and his collection of companies.

The Middy’s days of independence are numbered as a mixed train from Haughley arrives at Laxfield sometime in 1923, but the brasswork on locomotive no. 2 is as highly-polished as ever. The train consists of two four-wheel coaches, a cattle truck and a full brake. From the Geoff Rice collection.

Let’s Set Up a Committee

The ministry (now renamed the Ministry of Transport) clearly felt that Light Railways could still play an important role. Around the same time as the White Paper was published, they appointed the Light Railway (Investigation) Committee to examine and report on the future policy and possible development of the construction and operation of light railways in the UK. This was a high-powered committee with representatives from the Ministry and from six light railway companies. They sent a very detailed questionnaire (28 pages + copious appendices) to “a number of important representative undertakings” – including the MSLR – requesting detailed operational and financial statistics, and asking the companies for their suggestions on what could be done to help the operation of existing light railways and to encourage the development of new ones. 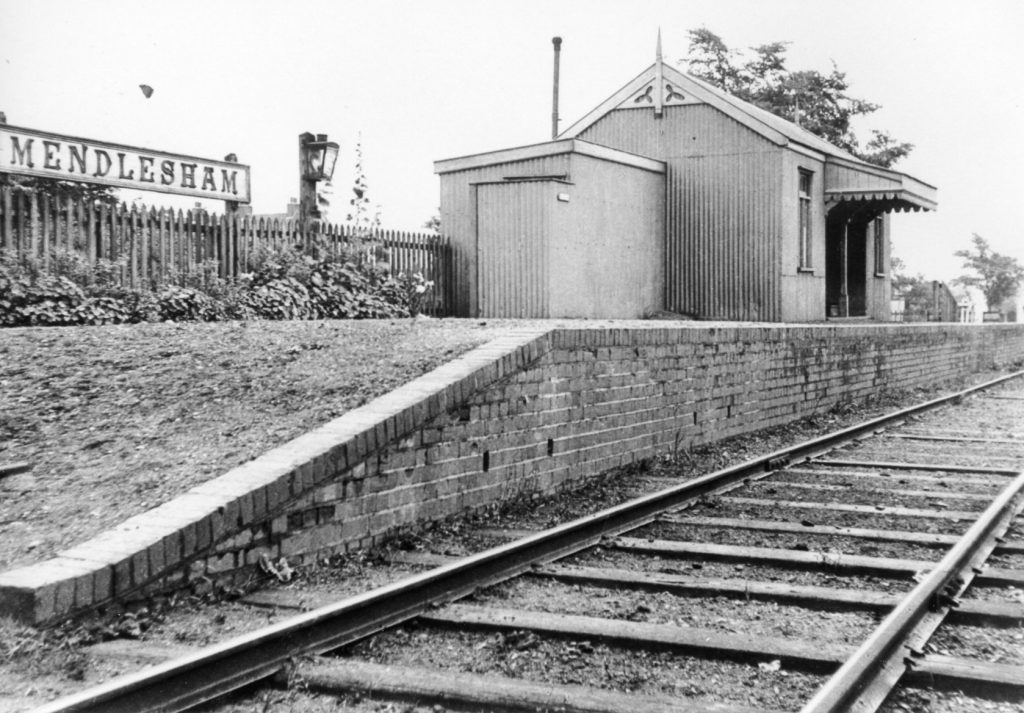 Mendlesham station in the early 1920s. The main building is now the centrepiece of the recreated station at Brockford. Note the flat-bottomed rails with staggered joints, pinned to the sleepers, and the original paint scheme of the station sign, with dark letters on a light-coloured background. Courtesy Mr Graham Austin.

This is the point at which the Middy enters the story, as we can trace the correspondence between the company and the Ministry:

All this is preserved in the National Archives at Kew, and we have a copy in our own archives at Brockford. The 55 pages of the questionnaire provide a detailed and fascinating snapshot of the Middy in 1920, which will form the basis of a series of future articles. 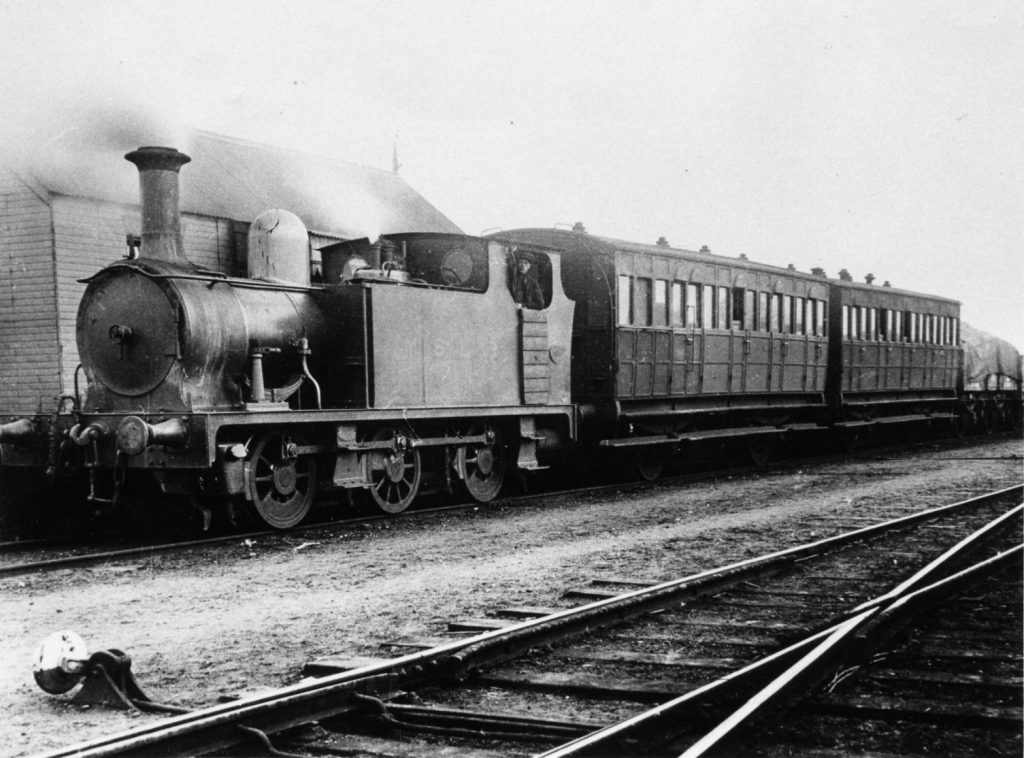 Locomotive no. 1 with a mixed train waiting to depart from the MSLR station at Haughley in early 1924. The driver is Charlie Brunning. Courtesy the late P. Swinger.

And after all this investigation and debate – what actually happened? When the Railways Act was passed into law in August 1921 creating four new Groups, an apparently arbitrary set of light railways (including the MSLR) were included in the groups, and the rest remained independent by default as they were not mentioned in the legislation. There was no mention of any state assistance for the remaining independent companies, and within a few years most of them either collapsed or were effectively taken over by one of the major companies.

The Middy was probably fortunate to have been absorbed (however unwillingly) by the LNER, as this ensured its survival for nearly another 30 years. It seems likely that otherwise it would have joined the sorry list of sixteen non-grouped railway companies which closed between 1925 and 1940, including well-known names like the Southwold, Welsh Highland, and Weston, Clevedon & Portishead Railways.