The original MSLR station signs or ‘running-in boards’ were a very distinctive feature of the railway with their ornate 9-inch tall cast-iron letters, supplied by MacFarlane’s of Glasgow. The Museum displays two of the surviving signs, while accurate replicas have been made for our current and future stations.

As the only MSLR station with two platforms, Kenton had two signs. Soon after the MSLR closed in July 1952, these signs were saved and eventually reached the National Railway Museum (NRM) at York. Ever since the MSLR Museum was established, attempts had been made to obtain one of these signs on loan for display at Brockford, close to its original location. After a lot of persistence and hard work (including a direct approach to the then Director of the NRM), one sign is now on show in the Display Rooms. This particular sign was restored by the Appleby Heritage Centre in Cumbria.

The only other original signs known to have survived are from Horham (last seen on the wall of the Community Centre), and Wilby. The whereabouts of the Wilby sign were traced after a great deal of detective work. After the railway closed, the sign had been purchased by a former Ipswich school teacher who was then living in Salisbury. The sign was found under a pile of garden compost: the backing board was rotten but the letters were intact and have been mounted on a new board to re-create the sign, which is now mounted in our Display Rooms.

The station signs made a very distinctive contribution to the unique character of the original MSLR, and a wooden replica of the Brockford sign was made by David Chappell for the recreated station in 1992. By 2015 this sign was looking a bit the worse for wear, and a project was kicked off to make a fully authentic replacement, and also one for the new halt (to be named ‘Aspall’) at the end of the planned line extension. Getting new cast-iron letters was going to be tricky and quite expensive, but luckily we obtained a grant from the Ironmongers’ Company, one of the City of London livery companies, together with donations from several members and a generous contribution from our Board of Trustees.

The next task was to find a foundry which could make the 11 patterns and 15 individual letters we required. This was done by Thurton Foundries near Norwich, who had already done work for the railway. The complex three-dimensional patterns were computer-designed based on scans of the letters on our existing signs and old photographs. Several coats of paint – rust inhibitor, primer, undercoat & topcoat – prepared the letters for their future life outside in all weathers.

Brian Scott, one of the Museum’s highly skilled craftsmen, built the backing boards using seasoned oak. The mouldings around the edges of the boards are of different styles on the two signs, just like the originals. After one coat of preservative and seven coats of paint on the boards, the letters were carefully positioned and screwed down. Finally in July 2017 the completed Brockford sign was bolted to the existing uprights on the platform, while the Aspall sign is temporarily displayed indoors pending completion of the line extension. 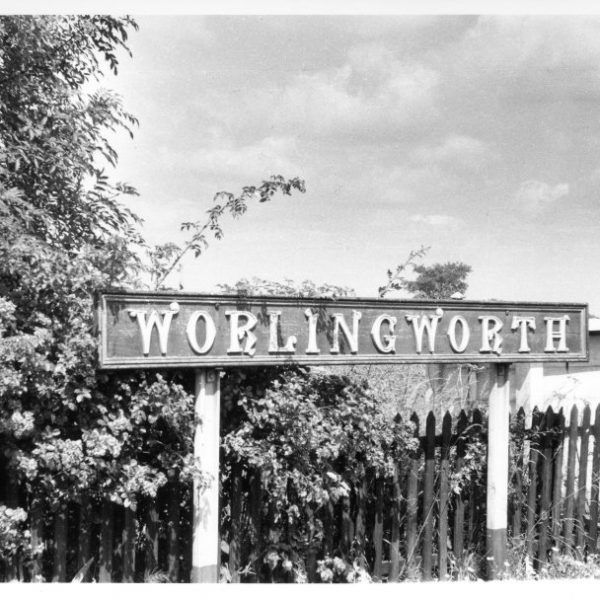 The longest sign on the MSLR, photographed in July 1952 just before the line closed. Photo by George Powell, courtesy of Great Eastern Railway Society.

This is the original sign captured in July 1952. A faithful replica has been constructed and will be mounted on the platform of the Aspall Halt at the end of the new extension. Photo by George Powell, courtesy of Great Eastern Railway Society. 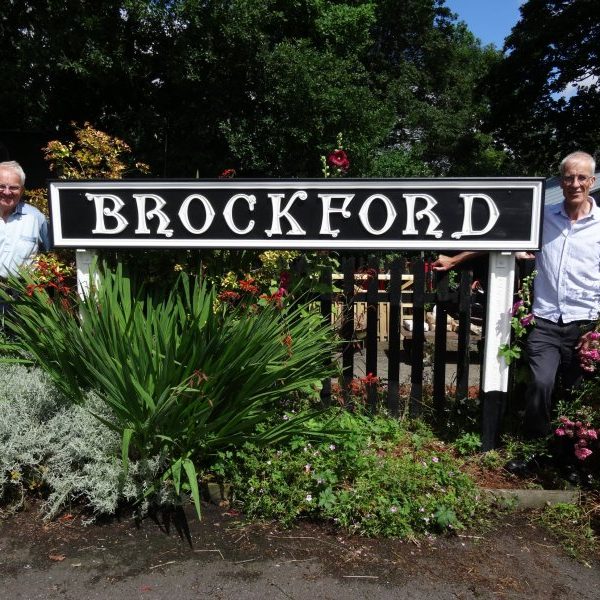 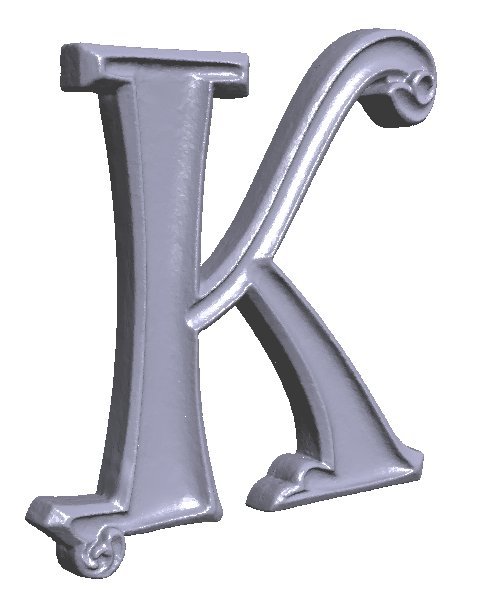