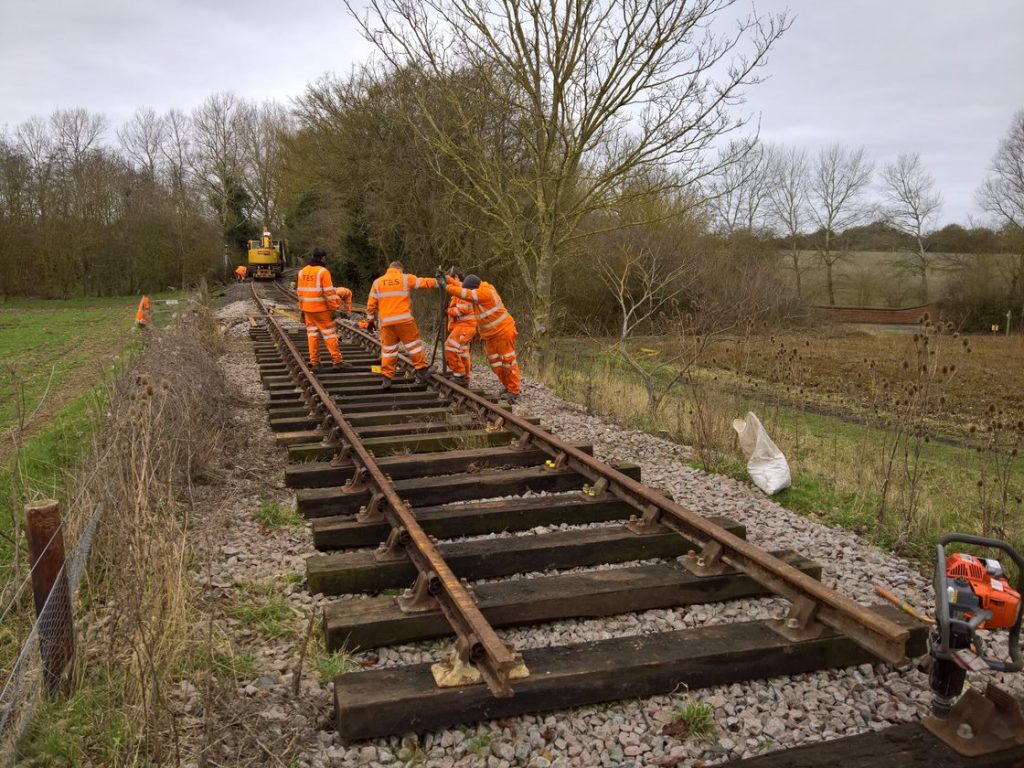 Following the successful extension of the track at the beginning of March adding nearly another 80 yards and traversing the difficult public footpath crossing, the Middy is reinvigorating its fund raising to complete the project of doubling the length of the line.

Members and supporters are invited to Sponsor-a-Sleeper or sleepers at £15.00 each. Every contributor receives a certificate confirming their donation.

“It’s really a disguised form of crowdfunding”, said Marketing Manager, John Reeve, “But we have seen several other railways making a success of similar schemes, so it’s got to be worth our, perhaps rather smaller project, giving it a try, especially as we’re nearly there”.

The Middy is looking for funding for the last part of track laying and building the platform for Aspall Halt, the destination station at the end of the line.

The campaign is already appearing on Facebook and Twitter, and will be featured in railway and regional press and broadcast media and, of course, features in the Spring issue of Making Tracks.

Donors will be invited to visit the the Middy website https://www.mslr.org.uk/middy-appeal/ and use the sponsorship form on the Appeals page or send direct to the Mid-Suffolk Light Railway, Brockford Station, Wetheringsett, Suffolk IP14 5PW identifying their contribution for the Middy Extension Appeal.