The only surviving definitive list of the staff of the Mid-Suffolk Light Railway was compiled in April 1922 by the Great Eastern Railway, as part of the preparations for the absorption of the Middy by the London & North Eastern Railway.

This fascinating document helpfully includes details of each person’s role on the railway and their wages as at April 3rd. It also allows a comparison with the list of Middy staff in 1911, based on that year’s census: the 1911 list is not definitive because the census does not always reliably identify a person’s occupation and place of work. 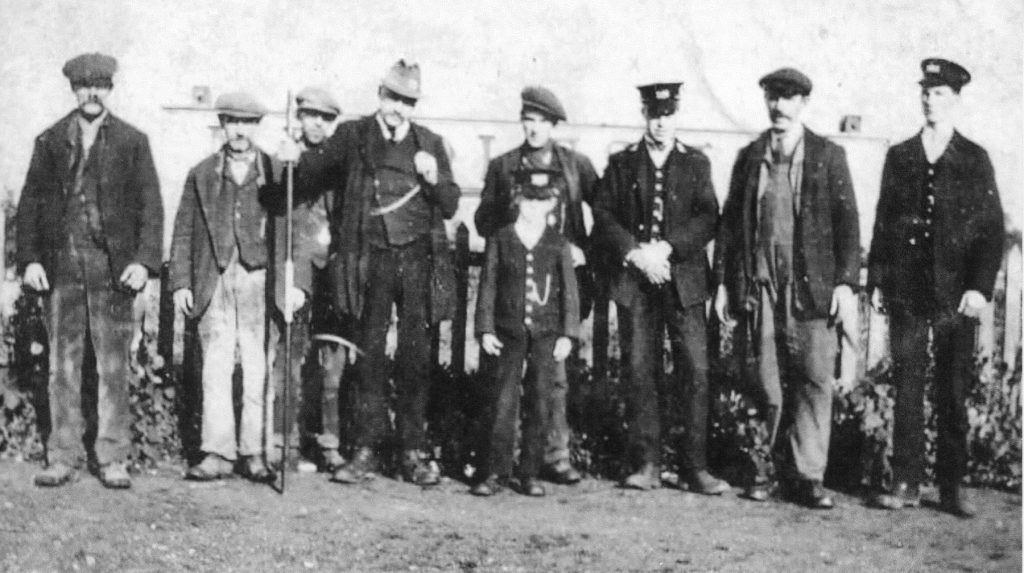 This group of staff were pictured at Mendlesham in the early 1920s. Counting left to right, no 4 is George Bloom (P. Way Inspector), no 5 (short person in front) is Leslie Forster (gatekeeper at Stelphs crossing), no 7 is Leonard Stannard (porter in charge at Mendlesham), no 8 is probably George Bennett (driver – not in 1922 list), and no 9 is Arthur Osborne (gatekeeper at Old Farm crossing – also not in 1922 list). The other four are most likely track workers. Courtesy Mr D Stringer.

NB The unnamed salaried staff were William Lindsey T. Badcock (Gen. Supt. & Engineer), and Thomas J. Dalgleish (Accountant). Distinguished by having their remuneration expressed as per annum rather than on a weekly basis, they were also paid considerably more than any of the wages staff.

Out of a total of 63 staff in 1922, only 23 can be positively identified as having been working for the MSLR in 1911. This seems quite a high turnover for what was traditionally regarded as a stable industry: we know that at least four of the 1911 staff were killed in the Great War, but this only explains a small part of the difference. It is suggestive that the Locomotive Department, which employed the most highly-paid wages staff, retained a surprising 5 out of 7 staff, so perhaps money (or lack of it) was a factor.

Donald Goose was Station Master at Aspall in 1922, for which he received £3 5s 7d (£3.28) a week. The Station Masters at Kenton, Haughley and Stradbroke were paid slightly more as they were also responsible for some smaller stations. Courtesy Mr Ronald Goose. 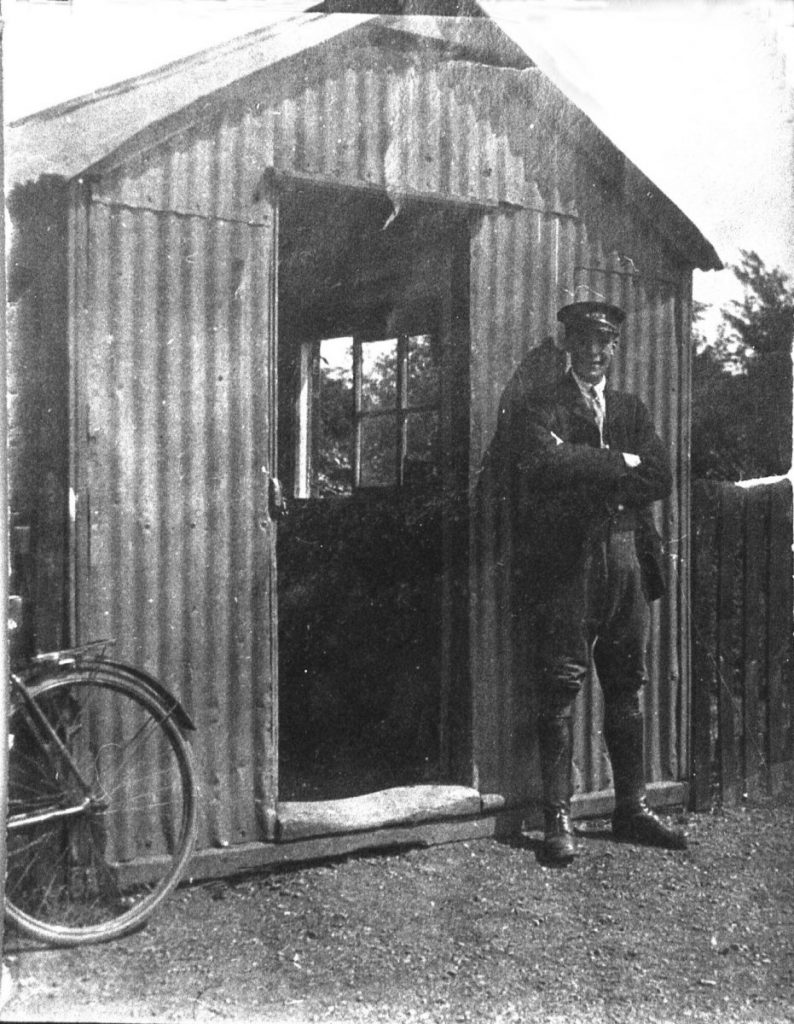 Junior Porter Christopher F Parrott at Brockford station circa 1920. Sadly he died in late 1922 at the age of just 18. From the collection of the late Mrs Christine Last.

Although many of the names in the list are familiar, there are two main areas where new employees have been identified: gatekeepers and the Permanent Way department. It has always been known that many level crossing keepers were the wives of other railway staff, and at least 5 of the 8 gatekeepers fall into this category. The low pay of these staff is presumably a reflection of the intermittent nature of their duties, and perhaps of the fact that most of them lived in company-provided accommodation. The relatively large size of the P. Way department – nearly a third of all staff – is an indication of the labour involved in maintaining the Middy’s flimsy track, despite the low levels of traffic.

One small mystery is the listing of two clerks in the Traffic department, in addition to the four who comprised the Head Office at Laxfield at this time. Perhaps they travelled around the stations on the line, assisting the regular staff with clerical tasks as and when required. They were certainly paid less than any of the regular clerks in Head Office.